The seven seat MPVs will be used by Bath-headquartered Helphire Group’s customers, whose own vehicles are off the road being repaired.

Helphire Group already operates 1,500 Citroen cars and vans, as part of a UK fleet of over 10,000 vehicles, which range from motor scooters to light commercial vehicles. 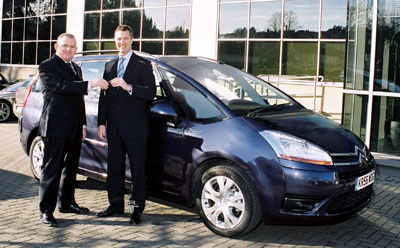