Was this article useful?
Click the thumbs up >
A TRIP to one of France’s greatest champagne houses loomed, so what better way to get there than courtesy of Peugeot’s chic new commercial vehicle brothers, the Boxer and Expert.

For the outward journey to Epernay near Reims, my partner Linda and I chose the medium wheelbase Boxer, with 120bhp on tap, plenty to get there quickly and efficiently.

Despite its bulk, the new Boxer – which went on sale at the back end of last year – is a classy-looking wagon and didn’t look out of place, even at the Michelin-starred Royal Champagne Hotel where we were to stay. 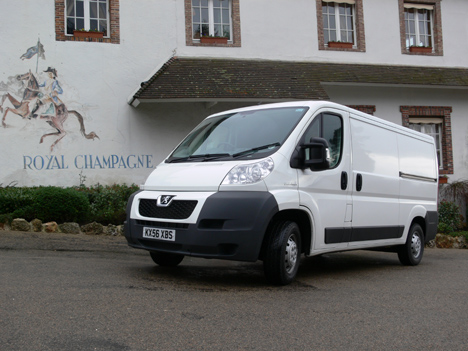 Even without a bulkhead, this van and its 2.2-litre HDi powerplant proved uncannily quiet. In fact, when I first fired it up I thought the engine hadn’t started and mistakenly tuned the key again.

The driver’s seat is one of the best in class. It’s big, firm and supportive and has adjustable lumbar support, which I always have at full stretch.

The mem-sahib grumbled at first that her passenger seat was too hard and upright, but after a couple of hundred miles she had changed her tune – hard and upright is better than soft and squishy on long journeys.

Peugeot had thoughtfully provided two nets which hooked on to the lashing eyes in the back of the van to stop our small cases from sliding around. That’s an added option I’ll certainly go for in future. In the cab, there were plenty of cubby holes, including a useful overhead storage shelf.

The six-speed dash-mounted gear lever proved slick and sure and the Boxer’s road manners were impeccable, even during the rainy windswept 250-mile dash across France to the Champagne region. At motorway speeds, we were able to converse in normal tones.

For the return journey, we took the new Expert, which goes on sale this month.

In my book it’s the best looker in the light panel van sector – and I caught more than a few local residents giving us the once-over at the Pommery champagne house in Reims.

The Expert offers, for the first time, both short and long wheelbase models, but we chose the smaller version as we didn’t have too much to take back.

We had expected to feel a little cramped in the cab after the Boxer’s voluminous front end, but not a bit of it. The Expert feels large, light and airy, mainly thanks to the positioning of the windscreen, which is located way ahead of a huge dashboard.

As the Expert is based on the Peugeot 807 MPV, we were expecting car-like handling and performance and that’s exactly what we got – the Expert really is a van that thinks it’s a car.

The seats are softer and more MPV-ish than the Boxer’s, but even after a couple of hundred miles we didn’t have any back twinges. The driver’s seat is a dream – big and figure-hugging and with a deep squab which supports the legs right up the back of the knees. 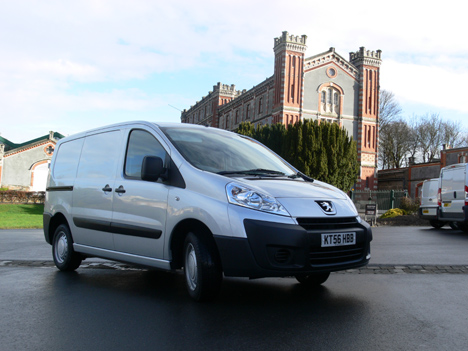 Once again, the six-speed dash-mounted box proved a joy to use, although in all honesty five gears would have done. I ended up block changing between fourth and sixth.

There is certainly no shortage of power on this 2.0-litre 120bhp unit. You can have a 135bhp powerplant if you want but this van doesn’t need that much.

We fairly zipped along the autoroute back to Calais and the Expert never put a foot wrong, despite some extremely high winds and rain.

These two new models will be joined shortly by a fresh 207 van, giving Peugeot a tempting line-up for UK fleet buyers.

Watch out for a move up the van sales charts this year for the French manufacturer.