Was this article useful?
Click the thumbs up >
Our in-depth look at the cars which will hit the market this year

Nothing new on sale in 2008 for the Italian brand, but rumours suggest that we should be treated to a first look at the Furiosa concept at the Geneva Motor Show in March.

The Furiosa – a Fiat Grande Punto-based competitor to the MINI and forthcoming Audi A1 – points to 2009’s Junior model.

As with seemingly every other year in the last 10, it’s a massive year for Audi with a raft of key cars.

First up is the new A4, which goes on sale in March and features better handling and more space, while the Avant will hit the shelves at the end of the summer.

The cloth-roofed A3 Cabriolet will see the light of day in Geneva in spring with sales starting soon after.

Its funky rear light clusters and front LEDs, among other cosmetic trinkets, will spread through the rest of the A3 range during the year.

There’s also the possibility of a light refreshment of the A6 range towards the end of the year, no doubt featuring more LEDs, while the Q5 soft-roader will make its debut at Paris in October before going on sale in 2009. 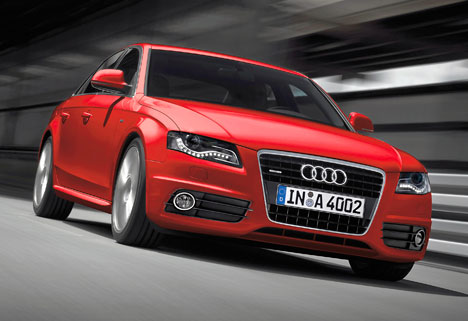 Niches and revisions are the story of 2008 for BMW: new convertible completes the 1 Series line-up while the X6 sports activity coupe will turn plenty of heads and is slated to redefine expectations of SUV handling.

The M3 gets a more practical saloon version, too.

On the revisions side, the 3 Series gets a facelift in September, along with the 204bhp 323d engine, while the new 7 Series may make an appearance at the end of the year, and is likely to be sleeker than the current heavy-looking effort.

Cadillac’s attempts at world domination have often had the farcical qualities of Dr Evil’s plans, but 2008 could be the year that the brand finally finds its feet.

The tiller is now in the safe hands of GM UK and the all-new CLS, designed to be GM’s worldwide premium car, is a more than useful offering that could finally give the brand the boost it needs.

The lack of a diesel until 2009 will hinder it though.

Also due this year is the BLS Wagon, but it looks under fire on all sides from the raft of new and revised volume and premium estates.

Much of the range is likely to be livened up, with new Aveo supemini, Epica saloon and a replacement for the Lacetti, possibly called the Cobalt.

Spring sees the new Grand Voyager go on sale, with more carrying capacity and its excellent Stow N’ Go seating system, while a metal-roofed Sebring Convertible should arrive in showrooms in March.

A big year for Citroën with the launch of the new C5 in the spring, which from the early information released so far looks like making a much bigger impact than the last model.

Styling takes some of the distinctiveness of the avant-garde C6.

In saloon and estate form and with economical diesel engines, and a suitably space-age interior, could this be one of the year’s biggest surprises in fleet?

Also this year, in the second quarter, will be a completely new Berlingo Multispace car-derived van.

On a new platform, expect the utilitarianism of the popular previous model but with more refinement.

After a busy 2007, this year is calmer for Dodge: the crossover seven-seat Journey which goes on sale in the summer is intended as a replacement for the Chrysler Voyager, and that’s pretty much it.

Fiat Fiat will be looking to maximise sales and brand exposure of the much-heralded new 500, which goes on sale this month, while the Abarth brand makes a comeback with hot versions of the Grande Punto and 500 later in the year.

The revised Focus is now on sale, while Ford finally tries to cash in on SUV popularity with the Kuga, a very handsome and chunky effort which goes on sale in the spring.

With a 2.0-litre diesel and £20,000 list price it should prove a popular user-chooser offering.

The smaller cars will be entirely refreshed later in the year, firstly with the new Fiesta, which will be unveiled at Geneva, while the ageless Ka finally cashes in its chips in December, to be replaced by a version based on the Fiat 500 platform. 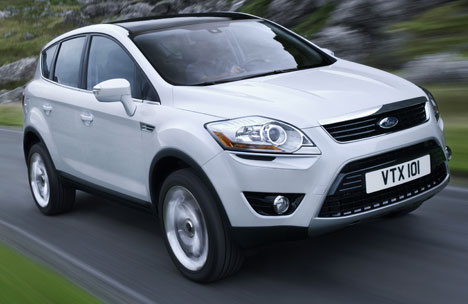 The new Accord will be launched in mid-summer and aims to take the Honda brand even further upmarket.

It will come with a new Euro V-compliant i-DTEC diesel engine and more interior space, plus sharper looks.

The European-spec Jazz also makes its debut in November. 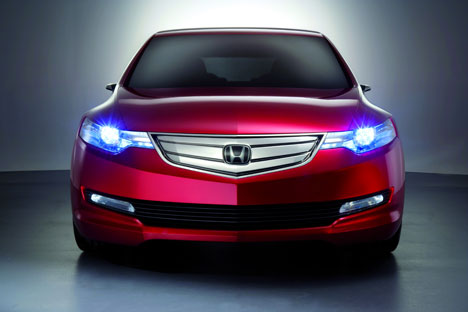 Hyundai has two key models in 2008 in the form of Getz replacement the i20, right at the end of the year, and the i10 city car, which goes on sale in March.

There’s also the possibility of an appearance from the replacement to the oft-refreshed Coupé.

A huge year for Jaguar with a key new car and, at some point, new owners.

The car is easy to predict: the new XF is based on the outgoing S-Type platform and drivetrains but is entirely reworked throughout with a luscious interior and sharp metalwork.

Will it be enough to take on the German dominance, though?

The X-Type also gets revisions, although less so, with changes akin to the 2007 grille and bumper spruce-up of the XJ.

Jeep will pitch its new Cherokee against the Freelander when it goes on sale in May, with one model, better interior plastics, improved handling and a more refined 2.8 CRD diesel engine.

Kia’s three-door cee’d, the pro_cee’d, goes on sale at the start of 2008 and is longer, lower and lighter than its five-door counterpart.

Also, there’s the possibility of a small SUV towards the end of the year.

New owners and a 60th anniversary special edition of the venerable Defender are all the action from Land Rover this year.

A new small SUV concept will appear at Geneva.

Will its performance match its staggering looks?

The new Mazda6 will look to hit the ground running when its diesel version goes on sale this month and Mazda aims to take the car into the ‘semi-premium’ market alongside the Passat and Accord.

The estate version goes on sale in February.

It’s as busy as ever at Mercedes-Benz this year. SLK, SL and CLS will all get a set of minor revisions in the spring.

Around the same time, the C-Class Estate goes on sale, with Mercedes-Benz claiming the biggest boot in its class at 1,500 litres, and the 457bhp C63 AMG.

Late summer, the A and B-Class will get a nip and tuck, while around the same time the CLC, a heavy modernisation of the near-forgotten Sports Coupe, will be launched.

In the autumn, the M-Class will get a refresh too, while there may be a chance that September’s Paris Motor Show might see the unveiling of the next E-Class.

Until the appearance of the MINI SUV in 2009, the only addition to the range will be the John Cooper Works performance pack for the Clubman in the spring.

The new Lancer saloon goes on sale in February with a 2.0-litre diesel engine from Volkswagen which could make it more attractive to fleets, while the very unfleety 280bhp Evo X arrives in March promising the usual supercar handling, but in a less gaudy bodyshell.

Not much on at Nissan: a seven-seat version of the Qashqai will be unveiled at Paris and on sale in the autumn while a new Murano SUV is launched in the third quarter, in V6 petrol form only.

Peugeot has a year of tweaking its ranges, with the three-door and SW versions of the 308 on sale this month and May respectively.

The 4007 gets an automatic gearbox later in the year while the 807 people carrier gets the 2.2 HDi then, too. 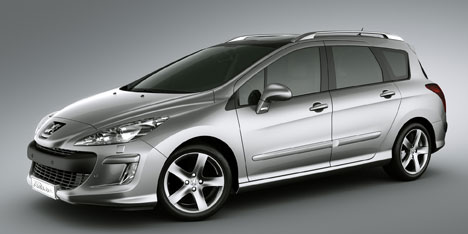 The new Laguna Sport Tourer went on sale this month and a shapely Coupe version of the Laguna will hit the streets in the summer.

The Clio range will grow in April when the Sport Tourer goes on sale.

But the big news of 2008 is likely to be the mooted appearance of the new Megane at the Paris show, with less contentious styling influenced by the new Laguna.

The Nissan X-Trail-based Koleos SUV may even slip its covers towards the end of the year, while at the budget end, Grand Modus and new Kangoo appear in the fourth quarter.

With the recent revisions to the 9-3, it is left to the limited edition 280bhp Turbo X to inject some excitement in 2008 for Saab.

The Turbo X debuts the XWD all-wheel drive system that will see service in the brand’s long-awaited SUV.

With 99g/km of CO2 and 74.3mpg economy, SEAT enters the ultra-economical supermini market this month with the Ibiza Ecomotive 1.4 TDI, while later in the year the all-new Ibiza may be unveiled.

It seems Skoda has started raiding other parts of the Volkswagen empire for the new Superb, which will be unveiled at Geneva, offering plenty of panache with styling more reminiscent of Bentley than Volkswagen.

Spring sees Fabia estate with a huge 1,440 litres of space while its low CO2 Fabia should appear in 2008 as well.

Smart A left-hand drive version of the diesel fortwo with 88g/km of CO2 and 85.7mpg is slated for the middle of the year, while a Mild-Hybrid version could also debut later in 2008, with 65mpg and 103g/km.

The Wagon R replacement goes on sale in March. Called Splash, it should cost from around £8,000.

A minor facelift on Yaris and the introduction of a new Land Cruiser in February is the only activity for Toyota this year.

Vauxhall has the biggest fleet launch of the year with the replacement for the Vectra. Called Insigina, it will be unveiled at the London Motor Show in July and Vauxhall is rightly excited.

Coming earlier in the year is the funky Agila city which shares a platform with the Suzuki Splash, but will cost around £500 less. It goes on sale in April. 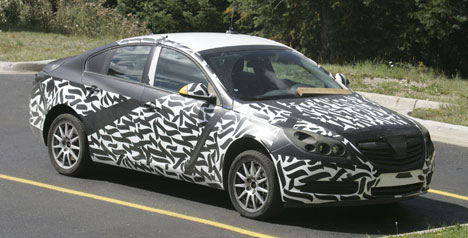 Volkswagen has new models and variants right across it range, from a range-topping Touareg R50 in March with 345bhp V10 TDI to the possible unveiling of the new Polo at Paris.

In between, the Tiguan SUV goes on sale in February, while Geneva sees the new Passat CLS, a sporty four-door coupe version of the Passat.

The cooking Passat has a hot 297bhp R36 version added in March while the Scirocco coupe will be launched in the summer.

Amid all these sporty launches will be a raft of BlueMotion variants, with as many as nine planned, including a Golf with 62.8mpg/ 119g/km, planned for the spring.

Volvo will be hoping to replicate the success of the XC90 with its smaller, swoopier sibling, the XC60, which will make its debut at Geneva.

It looks like no other Volvo and takes the brand in an altogether more daring direction.

A timely revision of the diesel models is also planned, with manual versions of the D5 across many models in the middle of the year, while S80 and V70 2.0-litre diesels are on sale in January.