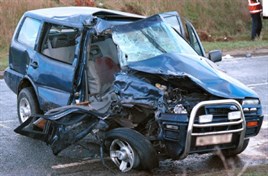 Crash rates among young drivers appear to be worsening after a major insurer confirmed that claims by drivers aged under 23 have increased by more than 300% over the last five years.

The news confirms reports (FNO, February 7) that revealed the high rate of risk-taking among young drivers.

“We know from experience that young drivers pose a higher risk of being involved in a crash,” said Norwich Union’s motor risk manager, Bill Pownall.

“Fleet managers should therefore consider the risks that young drivers pose on a firm’s duty of care.”

“It’s imperative for young drivers to complete an in-vehicle risk assessment in order to determine their competence to drive safely in a variety of traffic situations, prior to being authorised to drive any vehicle for the first time,” he said.

“In the early stages of driving on company business, further assessments could be considered to monitor progress of young drivers or as part of the post-crash action.”

However, fleet managers should be wary about independently introducing any blanket ban that prevents young employees from driving company vehicles.

A spokesman for Employment Law Consultants said: “There is a definite danger that they will be breaking the law if such a blanket ban means that people are prevented from working for the company because of their age.”

“Fleets often have to employ people under 25 – what they need to do is manage that risk.”

A classic example of how some fleets get it wrong, said Mr Faithful, is that they often mistakenly assume that a graduate who has held a licence for five years will have five years’ experience behind the wheel.

“Fleet managers need to ask the right questions – not ‘how long have you held a licence?’ but rather ‘how many hours’ driving experience have you had?’ – and then manage any risk these young drivers present properly.”

Mr Faithful points out that, despite Norwich Union’s experience, Lyons Davidson Solicitors has not noticed any increase in young driver claims.

After being assessed by their fleet risk appraisal, young fleet drivers should have the appropriate vehicle-specific knowledge and training to drive a company vehicle safely.

In addition, company vehicles are generally equipped with higher levels of passive and active safety devices.

This means an appropriately trained young driver has a greater chance of avoiding a crash than if he was driving an older vehicle that he owns.