Audi has moved into a new niche with the unveiling of the Q5 SUV.

Slotting in below the huge Q7, the Q5 is itself no minnow – 4.63m long and 1.88m wide, it has the largest wheelbase in the segment and promises a roomy interior for five people, thanks to a flexible seating system.

Styling continues the Q7 theme and power comes from three engines at launch – a 2.0 TFSI petrol unit, with 208bhp, and two TDI diesels. 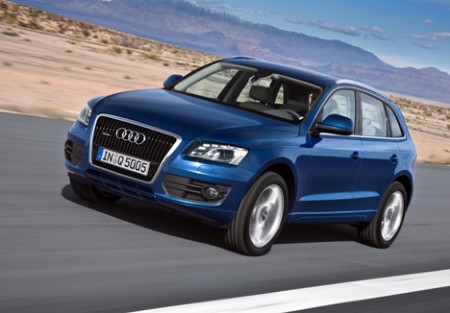 Quattro four-wheel-drive is standard across the range.