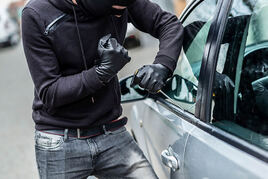 Fleets have been warned that while Home Office statistics suggest that vehicle crime is falling, the reality is that there is still a major problem in the UK.

Delegates at the International Association of Auto Theft Investigators conference this week heard that vehicle crime has been reduced by 52% since 1997.

However, they were told that the statistics do not tell the full story.

For example, there has been a rise in car key burglaries where the only things stolen are the car and its keys.

Of major concern to rental and asset management companies is the significant problem of fraud, where criminals obtain a rental or hire purchase vehicle by deception and then steal it.

Also, it was revealed that the police are recovering fewer stolen cars each year, despite the growing use of trackers.

Lewis Benjamin, Assistant Chief Constable of Warwickshire Police, warned fleet managers that there has been a step change in the way organised gangs are operating.

Mr Benjamin cited an example of a gang operating around Heathrow, where vans were stolen and shipped immediately to France before being unloaded.

In addition, as many fleet managers are already aware, cloning of vehicles is also becoming an increasing problem.

Vehicle crime minister, Vernon Coaker, admitted that while the statistics suggest that the situation has improved, car criminals are fighting back.

“There have been big successes in recent years,” he said.

“But crime is constantly evolving and we need to be more innovative.”

“Car crime has not gone away…traditional motor vehicle crime is falling, but in some areas of the country the majority of burglaries are just for the car keys,” he said.

However, up until the beginning of April, such car key burglaries were not even listed as vehicle crimes, even though the only item stolen was the car.