Normally, fleets are given a month's notice of changes but Government officials have revealed that mounting concern within the industry has led it to announce an immediate change.

A spokesman said: "There is some concern in the fleet industry about the level of AFRs and the level of increases are significant, so although HMRC would normally expect to give a month’s notice (and will do so for future revisions) on this occasion we responded to unusual circumstances and agree for employers to apply the new rates during June if they are able and willing to do so.

"This line will be reflected on the website and in guidance given to staff."

The current rates were introduced on January 1.

The rates, reviewed on January 1 and July 1 each year, are based on unleaded petrol at 102.1p per litre and diesel at 106.3p per litre. 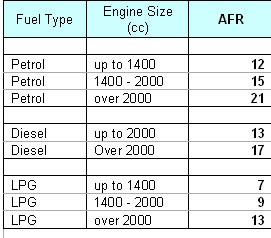