British International Motor Show: the highlights in words and pictures 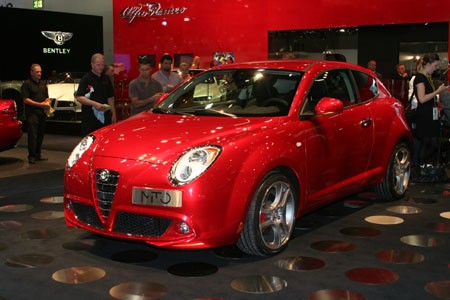 Full marks for glamour on the Alfa stand, with the gorgeous 8C Competizione on display in both coupé and convertible guises.

The MiTo small car, intended to rival the MINI and on sale next year, made its UK debut. 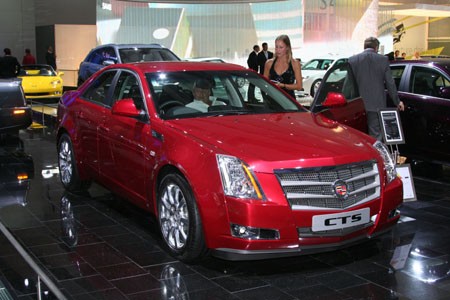 The CTS luxury saloon arrives in the UK in right-hand drive form in September.

Such a machine formed the main attraction at Cadillac, the first time a right-hand drive CTS has been seen. Alongside it was the Provoq fuel-cell vehicle concept.

This is likely to make it into production as the next SRX SUV, although without its high-tech powertrain. 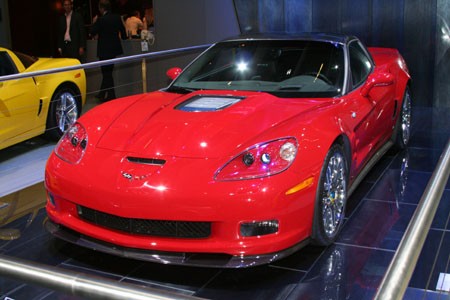 As well as the Aveo and Epica, which are on sale now, the American marque showcased its Beat concept car, which gives a good idea of what its next small car will look like in around 18 months.

And drawing considerable attention was the Camaro muscle car, which goes on sale next year in the US and will come to the UK with right-hand drive in 2010. 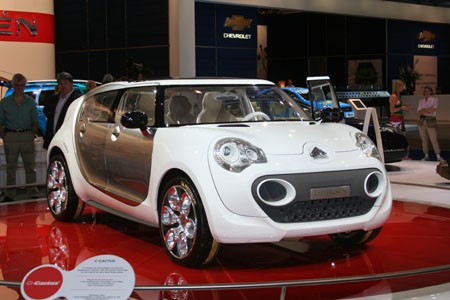 Citroën rolled out its C-Cactus concept car which was unveiled last year – this model focuses on lightweight technologies.

Elsewhere there was the full C5 range and a C-Crosser concept which had been modified with garish paint and alloy wheels.

There were also details of the Airdream project – a coverall term for all of Citroën’s low-emission models.

Citroën’s marketing director Ian Hughes, who retains responsibility for fleet sales and remarketing, said: “The market will come to us as buyers consider tax, CO2, fuel economy and the cost of a car. We have 24 models which emit less than 120g/km of CO2 – we are showing that it need not be expensive to go green.” 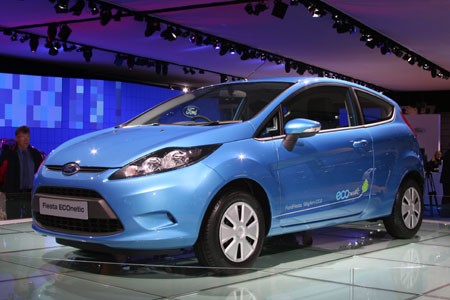 The big news at Ford was the unveiling of the all-new Fiesta, which goes on sale later this year.

The range includes the sporty Zetec S and the ultra-frugal Fiesta ECOnetic, with CO2 emissions of just 98g/km.

The other major attraction was the new Focus RS, resplendent in eye-catching green paint.

The 296bhp car features a 2.5-litre turbocharged engine and goes into production next year. 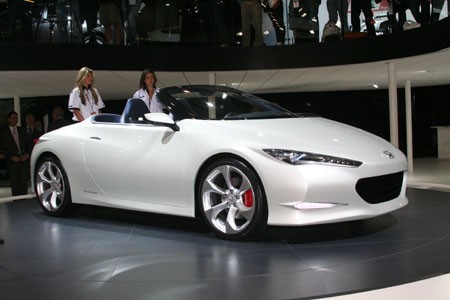 Honda took the wraps off the OSM sports car concept at London.

OSM (Open Study Model) is a guide to what we can expect from the company’s replacement for the S2000.

However, the OSM version will be a low-emission model, possibly sharing the same powertrain as the CR-Z hybrid coupé concept which was also on the stand. Both are confirmed for production. 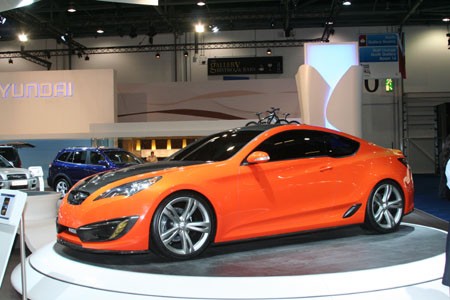 Hyundai went green rather than conceptual after it launched a new sub-brand dedicated to its range of low-emission cars.

The first of its new i-Blue range – the i-Blue i30 – was launched in London.

It produces emissions below the crucial 120g/km of CO2 barrier from its 1.6-litre diesel engine.

With prices starting at £13,155, it is cheaper than its low-emission rivals from Ford and Volkswagen.

The i-Blue badge will also be used on all i10 models which produce less than 120g/km of CO2. 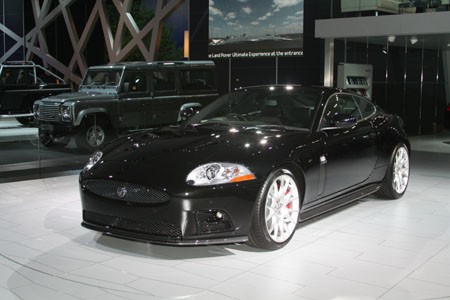 Although it is already on sale, the XF executive saloon was the main focus of Jaguar’s stand, alongside an anniversary edition of the XK coupé.

The XK60 was created as part of celebrations into 60 years since the iconic XK120 sportscar was launched. 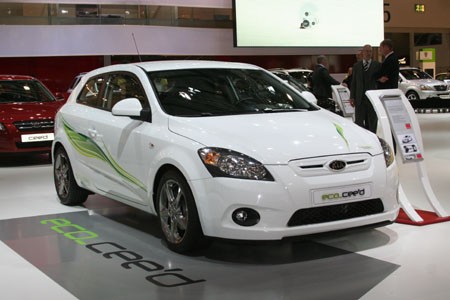 Kia’s three Soul concept cars made their UK debuts, as well as the Kee sports coupé concept, the ex-cee’d cabrio concept and the eco_cee’d low-emission concept.

Kia said the three Soul concepts are close to the production model – a front-wheel drive five-door hatchback – which will be shown for the first time at October’s Paris Motor Show. 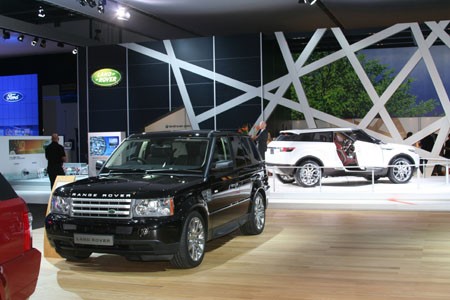 Land Rover showed off a new innovation that it hopes will drastically reduce the CO2 output and fuel consumption of its future vehicles.

The firm is currently testing a diesel hybrid system.

As well as improving Land Rover’s green credentials by around 25%, the system’s electric motor would also provide more torque when off-road.

Also on show was the eTerrain package of efficiency improvements, including a stop-start system that will be introduced next year.

Although production is not officially confirmed for the LRX concept, word on the stand was that Land Rover would be mad not to build it.

The business case is being finalised, and don’t be surprised to see one on the road by 2011. 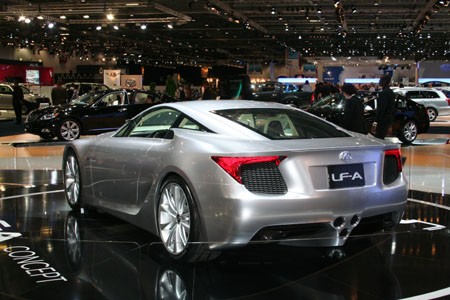 Lexus’s complete range of hybrid models were on display at the show, including the RX 400h SUV.

The ISF, Lexus’s sports saloon which went on sale earlier this year, was also on display, along with the LF-A concept.

Although the response to the LF-A supercar has been positive there are no plans to put it into production. 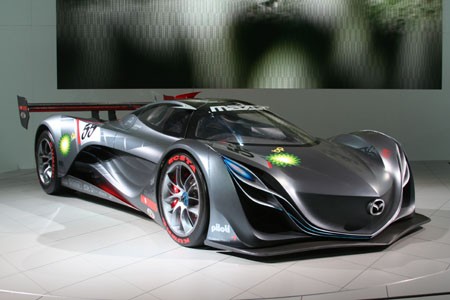 The sensational Furai concept car made its UK show debut a week after appearing at the Goodwood Festival of Speed, but elsewhere there was little new from Mazda.

The facelifted RX-8 sportscar appeared alongside the full range of 2 and 6 models.

The MINI John Cooper Works – the fastest and most powerful MINI to date – made its UK debut at the show.

But MINI is keen to point out that performance has not been achieved at the expense of safety or economy.

Speaking at the show, Lee Connolly, MINI’s UK product and planning manager, predicted a shift in MINI sales towards fleet due to the credit crunch. Currently, MINI is predominantly retail (about 85%).

Nothing new on the manufac-turer’s stand, although 2008 has been a busy year so far with most models updated.

And there’s more to come with a special low-emission version of the C-Class due later this year.

The C180 Blue-Efficiency will use a supercharged 1.6-litre petrol engine producing 156bhp but also features narrower tyres and more aerodynamic wing mirrors to reduce CO2 emissions to under 150g/km.

It is being aimed primarily at the corporate market, and will be joined in the middle of next year by a C200 CDI BlueEfficiency diesel version. 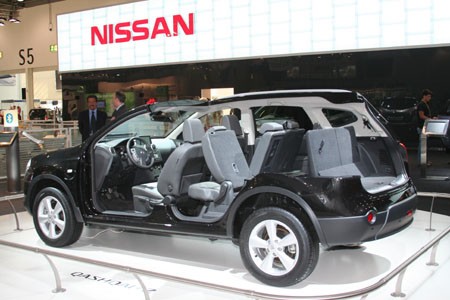 The latest incarnation of the Qashqai, the Qashqai +2, took pride of place alongside the GT-R supercar.

The Qashqai +2 hopes to build on the success of the original Qashqai by offering more space and seven seats when it goes on sale in September.

The new Murano also goes on sale at the same time and it too was available to view. 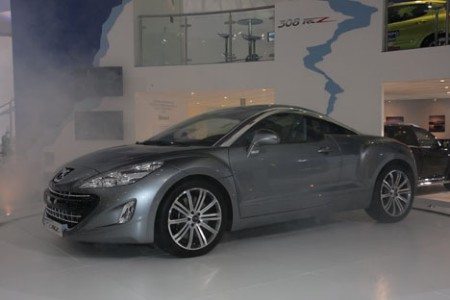 Taking pride of place at the Peugeot stand was the 308 RC-Z, getting its first airing in the UK.

Although officially a concept, Peugeot says it will go into production and will take on the likes of Audi’s TT at a substantially lower price.

Also on display was a 207 110 HDi that managed to achieve 90.75mpg during an eco-rally in Australia earlier this year.

It was highlighting Peugeot’s Blue Lion label, which is applied to cars that emit 130g/km of CO2 or less. 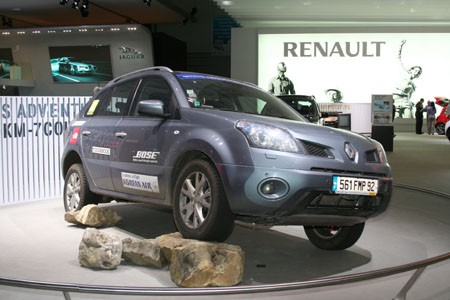 Renault’s main plinth was occupied by its new ultra-hot hatch, the Megane R26.R.

Using the Megane R26 as its base, the R puts in a short shift gearbox and loses 123kg of weight to create a road-legal track car dripping in carbon fibre.

More sportiness was in evidence in the Twingo Renaultsport 133, a sporty version of the supermini that hits the streets in September, costing around £11,550. It wasn’t all sportiness, though – the Renault stand was themed around its ECO2 badge, sported by low-emission and high fuel economy cars. 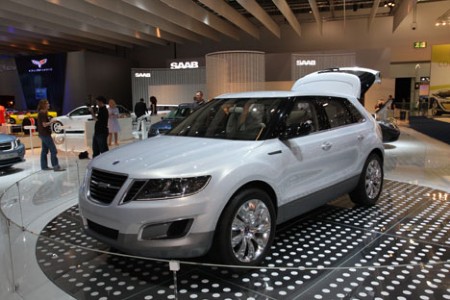 The 9-4X concept, making its first UK appearance, represents 98% of the production vehicle that will follow in 2010.

The vehicle will have power from both petrol and diesel, and a four-wheel-drive system as seen in the Turbo X.

Also on show was the 9X concept, which “points the way to future directions” and unofficially is highly likely to become a new small Saab, probably called the 9-1.

Don’t expect anything for three or four years, though. 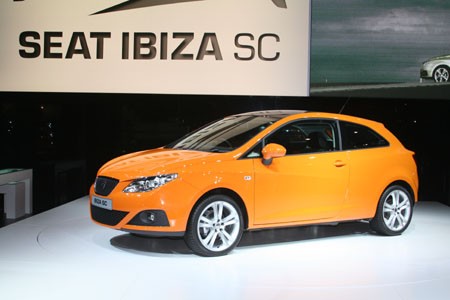 SEAT had a raft of new models on display, the most significant of which was the new Ibiza SportCoupé, which enjoyed its global reveal at the show.

A choice of diesels will be introduced in 2009. But of most interest to fleets was the extension of the Ecomotive range of fuel-efficient models.

The Ibiza and Leon Ecomotive are now joined by the Alhambra MPV, which has been given the same green treatment – revised engine management, aerodynamic alterations, low rolling resistance tyres and new diesel particulate filter technology.

This gives the Alhambra CO2 emissions of 159g/km.

Ignoring the green tinge that pervaded the show, Subaru concentrated on its high performance Impreza. Three new special editions, all tuned by Prodrive, were launched in London.

The 2.0-litre boxer engine produces just 148g/km of CO2. Subaru will fit this diesel engine into the Forester SUV later this year. 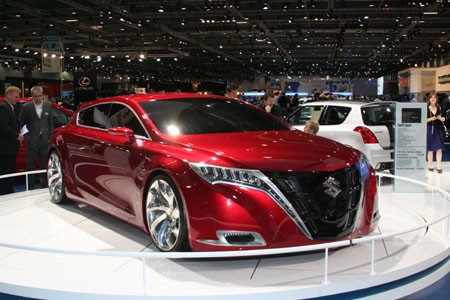 Suzuki’s show highlight was the Kizashi concept, which shows the platform on which the Japanese manufacturer will enter the upper-medium market in 2010. 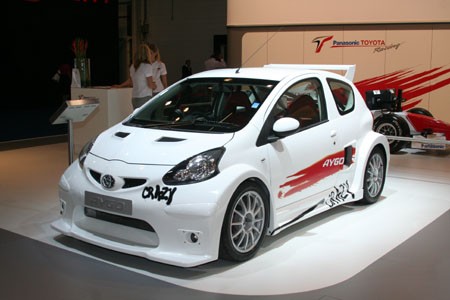 The new iQ was the talk of the Toyota stand with its innovative 3+1 seating layout.

Despite being only three metres long, the iQ is able to seat three adults and one child. It goes on sale in the UK from spring 2009 and is expected to cost about £10,000, with CO2 emissions around 100g/km.

Also on sale next year is the Urban Cruiser – a crossover with CO2 emissions below 140g/km – and the new Avensis, which was not at the show.

VAUXHALL
There were Insignias everywhere on the Vauxhall stand, with most specification levels on show, from the fleet-specific Exclusiv to the top-of-the-range SRi 4x4.

Also there was the Flextreme, comprising fuel cell technology that will make its debut on an Astra-sized car some time after 2010.

It can travel about 40 miles with zero emissions, thanks to a 1.3-litre turbodiesel engine driving the generator to charge a battery.

It never drives on diesel power –the combustion engine only ever charges the battery, allowing 50mpg potential.