Here’s the first drive verdict on Ford’s all-new Fiesta, the most important supermini to be launched in 2008, writes Phil McNamara, editor of CAR magazine.

Not only is the Fiesta Britain’s best-selling small car and the sporting driver’s choice, it’s also the backbone of loss-making Ford’s turnaround plan.

By 2010, the Fiesta hatchback will be on sale in Asia and North America (as well as Europe), a global strategy that will be rolled out to the next-generation Focus and Mondeo, as Ford battles for profitability.

But has the desire to please everyone led to a mixed-up mess that will satisfy nobody?

Read our first drive of the 1.6-litre petrol Fiesta to find out.

CAR is in Tuscany, Italy, driving the European version of the new hatchback.

We tested a plush 1.6-litre Titanium spec model, with five doors, a new four-cylinder Ti-VCT petrol kicking out 118bhp and a lofty £13,195 fee.

The price may be indulgent but the equipment is too: cruise control, auto headlamps and wipers, leather seats, keyless entry, Bluetooth ‘phone connectivity and big alloys are all included, to catch affluent punters ready to downsize. 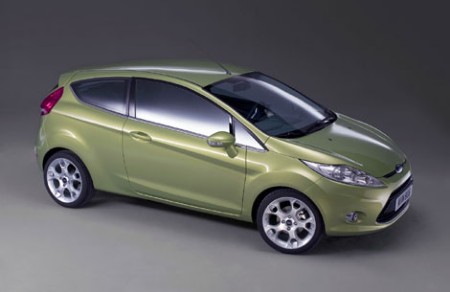 Grab the door handle and the door feels light but stiff, and shuts with a satisfying clunk.

The outgoing Fiesta felt as robust as the lid on a Roses chocolates tin, so this is a vital sensation.

Especially if it is to convince Americans to embrace a smaller car.

Turn the steering to exit the parking lot, and the featherlight wheel spins quicker than an airplane propeller.

Trouble is, once the on-the-move gearing kicks in, the steering is a let-down.

The outgoing Fiesta’s hydraulic rack and pinion steering could shame the odd supercar, let alone supermini. It was meaty, alive with heaps of feedback and a wonderfully progressive action.

The new, standard set-up with variable assistance from an electric motor is quick, but also light and rubbery.

It has more twang than a country and western singing festival.

You never feel like you’re communicating with the road and confidently winding on or off the right amount of lock. 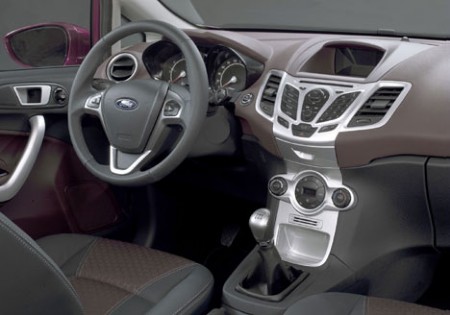 Instead you grab a synthetic handful and float along, failing to key into the winding roads that bisect the burnt gold Tuscan landscape.

It’s the first time Ford has used an all-electric system (the current Focus’s set up is electric/hydraulic), which will save fuel by deactivating when its help isn't required.

Most punters will neither notice nor care and may appreciate its effortless nature, but enthusiastic drivers must go for the Zetec S model, with its recalibrated steering and sports suspension.

At low speeds, the heavier weighting is instantly apparent. Get it out on winding A roads, and the extra resistance helps meter your inputs, making for a much more precise and satisfying drive.

The Zetec S feels hunkered down and far superior, and it flows much better than the standard set up, although you'll never get the outgoing Fiesta's fantastic feedback levels.

The UK-specific Zetec S costs from £12,595, and comes with larger 16inch alloys and a bodykit. Its lowered and stiffened suspension, with bigger anti-roll bar, really enhances the ride and handling.

Sure is – it’s great news from now on. Most impressive is the Fiesta’s big-car refinement – it’s more genteel than a Buckingham Palace garden party and will cause an outbreak of cold sweats among VW engineers finessing the new Polo.

There’s barely a whisper of wind noise, muted tyre roar from the 15-inch Michelin rubber and the engine hums away pleasantly in the background.

It’s sensationally refined and the ride comfort is equally special.

The MacPherson strut/twist beam suspension has a springy, loping action that’s initially a bit disconcerting, but is actually superb at dismissing any onrushing minefield of bumps.

Body roll seldom gets the upper hand, and this Fiesta chassis is agile, slidy and fun to chuck around – like its predecessors were.

But with some noticeable improvements.

What’s got better then?

Well, the 1.6-litre Ti-VCT petrol is a peach. It’s a punchy engine with variable cam timing, which yields 118bhp. Gone is the coarseness of the old Fiesta’s 99bhp 1.6-litre unit, replaced by this smooth, clean-revving engine developed in the UK. Not only is this 1.6 pokier, powering the Fiesta to 62mph in 9.9sec, it’s also cleaner, emitting 139g/km of CO2 and returning 47.9mpg.

Keep it on the boil using the satisfying five-speed manual, with a short, easy and precise shift action. 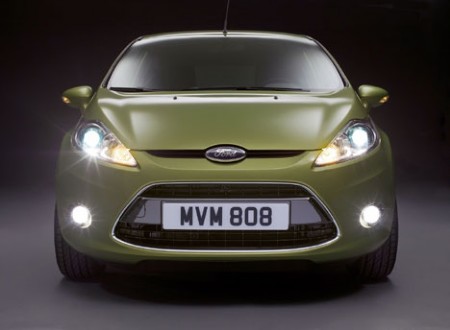 The brakes are also much improved, biting eagerly and progressively.

The Fiesta's sound deadening keeps diesel chatter in check, although the four-cylinder gets a little coarse beyond 4,000 revs.

But it's a gutsy engine with max torque of 150lb ft, and the TDCi's superior mid-range acceleration means it doesn't feel much slower than the 1.6 petrol.

That said, the zesty, higher-revving petrol is far more enjoyable to drive, and suits the Fiesta's character much better.

And almost three-quarters of Fiesta buyers will agree, opting for petrol power.

The new model is much the same size as the outgoing car, but has more interior space and, at 295 litres, the biggest boot in the model’s history.

But the headline news is a 40kg weight reduction model for model – shades of Mazda 2, perhaps – despite adding 3kg of emissions-reducing equipment, 5kg to suppress noise and 5kg to boost safety.

The Fiesta team cut weight by exhorting engineers to optimise every part for weight loss.

If you ever get trapped in a lift with a team member, idle away the hours by going through the trade off: 1.2kg shaved by the composite plastic front grille section, 1.7kg out of the suspension arms, 50g from the wheel hubs, and so on…

So the cabin makes a GT3 RS’s seem luxurious? 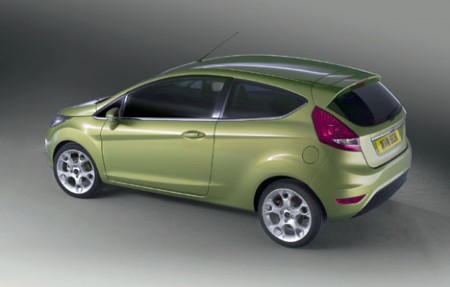 As we’ve already said, the Fiesta spec sheet is packed with big-car equipment. And quality is pretty good, too.

The dashtop plastic is soft and easy on the eye, and the switches you’ll regularly be fiddling – lights, air-con, electric windows – have a touch of premium brand about them.

Sure it’s not perfect, but the Fiesta’s cabin is up there with the impressive new Seat Ibiza’s – aside from the irregular finish we spotted around the mobile ‘phone-inspired upper centre controls.

But, with its design flourishes, logical ergonomics, cockpit feel and spacious rear seats, we finally have a Fiesta that’s as good to sit in as it is to drive.

Ford boss Alan Mulally has put his reputation on Europe coming up with a global winner – and they haven’t let him down.

Punters will be attracted by its lighter/cleaner/cheaper to run message.

Enthusiasts will delight in its peppy performance and slick engineering, while fashionistas will flock to its sleek, stylish looks.

And the company’s accountants will nod approvingly at the way this smarty pants model (which shares as much as 50 percent with the Mazda 2) will begin to reduce the company’s red ink.

The new Ford Fiesta is a huge achievement, and it’ll please just about everyone.

Even CAR, so long as it's a Zetec S model with the much improved ride and handling. In that guise, the sporty new Fiesta might just be a world-beater.