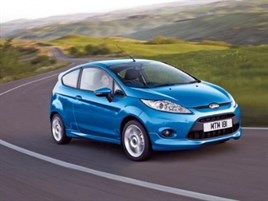 The rising cost of motoring is set to give Ford a significant advantage in new car sales next year.

Fleet drivers looking for improved operating economy in the wake of spiralling fuel costs and the credit crunch will turn to models with ECOnetic badges, claims Ford of Britain marketing director Mark Ovenden.

“These versions of the Mondeo, Focus and Fiesta are making headlines because they offer outstanding economy at affordable prices.

“Making detail enhancements to proven technology is an approach typical of Ford and is the answer to the current situation.

Our user-chooser customers are being pleasantly surprised to find that such practical and no-compromise cars are able to offer such low running costs."

The Focus ECOnetic version has led a 38% surge in sales in the first half of this year for sub-120g/km CO2 vehicles.

Speaking at the launch of the next-generation Fiesta model in Italy, Mr Ovenden claimed current economic conditions were adding impetus to the market trend toward downsizing.

“Ford’s latest crop of models put it in a strong position to benefit from this,” he said.

“Even our new Kuga SUV offers good economy – but the rub for customers wanting to part-exchange premium 4x4 models for it is that significant amounts of money needs to change hands because residual values on
large, V8-powered vehicles have plummeted.”

The new Fiesta range will be joined by an ECOnetic version later this year, powered by a 1.6-litre turbodiesel engine.

This means it will be exempt from road tax and the ‘showroom tax’ element of Vehicle Excise Duty for the first year of ownership.