Making new commercial vehicles can cost millions of pounds, or very little at all.

And South Korean maker SsangYong has done it the frugal way, launching two new vans by taking two of its cars, removing the rear seats and adding load floors.

The Kyron and Rexton both look like cars but are in fact vans, and both are capable of getting their feet dirty without getting stuck in the mud, something that a sizeable number of fleets are interested in nowadays.

But what is likely to appeal to fleet buyers most is the price. 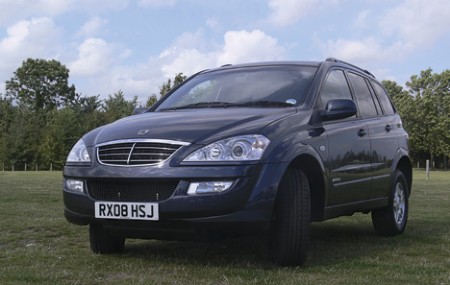 For the Kyron, that’s more than £3,000 less than the Land Rover Freelander Commercial.

The Kyron has a payload of 530kg and a cargo volume of 2.3 cubic metres.

Transmission is a five-speed manual with part-time four-
wheel drive.

Under normal road use the Kyron is rear-wheel drive, with four-wheel drive selectable at any time when the going gets tough.

The Rexton (pictured below) packs a greater punch with a five-cylinder, common rail turbodiesel engine pushing out 165bhp at 4,000rpm and with torque of 250lb-ft at 2,400rpm. 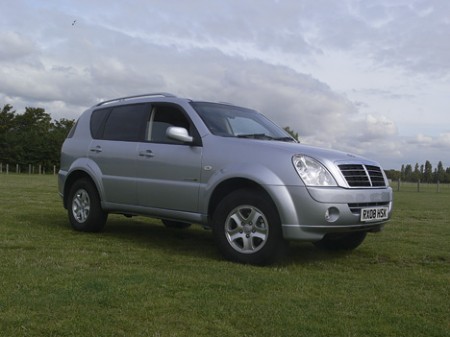 A five-speed ‘torque on demand’ (TOD) manual transmission normally supplies most power to the rear wheels, but if things get slippery, the system automatically distributes power to the axle with the most grip.

A full-size 4x4, the Rexton C-S will tow up to 3.2 tonnes and it boasts similar equipment to the Kyron.

The Kyron certainly looks the part with its chunky shape, alloy wheels and metallic paint.

Climbing aboard, the cab is smart and stylish although some of the plastics look a bit ‘old school’.

The seats are big and supportive, although they do feel as though you are sitting on, rather than in, them.

As this vehicle began life as a car, you get a lot more creature comforts than would be expected in a commercial vehicle, such as two sunglasses holders in the ceiling.

The stereo system is courtesy of Kenwood and the sound is superb – and there are remote controls on the steering wheel.

The tailgate has a chunky, quality feel and there’s no lip at the bottom, which means that loads can be slid in and out easily.

Inside, there’s a hard-wearing carpet on the floor and four load-lashing eyes to keep cargo in place.

The 2.0-litre turbodiesel powerplant fires up quietly and smoothly and there is very little noise intrusion in the cab.

Underway, however, the Kyron shows a few of its shortcomings.

There is a fair amount of turbo lag, which can make things awkward if you want to pull out of a junction in a hurry.

The Kyron’s relatively soft suspension means a smooth road on motorways but it wallows on the corners and the power steering has a vague feel which can be unsettling.

There is no shortage of power, however, and ignoring the afore-mentioned lag, lively progress is possible.

With the Rexton, it became immediately obvious that for another £2,000 you get an awful lot more vehicle.

It’s bigger for starters – although not hugely so – but the general impression is of more weight, better build-quality and infinitely superior road manners.

The seats are bigger and more comfortable and don’t feel as though you are sitting on a bar stool as with the Kyron.

Payload is greater (740kg as opposed to 530kg in the Kyron) but curiously enough, loadspace is slightly less, although it’s such a small difference that you’d hardly notice in everyday situations.

On the road, the extra power output makes this vehicle fly along, despite its weight. However, you pay the price in fuel economy.

The claimed average figure is 37.7mpg, but we didn’t manage anywhere near that during our test week.

Another curious point about the Rexton is that the driver can’t select four-wheel drive – the vehicle decides what mode it needs to be in under any given circumstance and does it automatically.

However, the steering felt much more precise and the wallowing that the Kyron suffers from was noticeably absent.

Both of these vehicles represent amazing value for money and both are very capable, although we predictably preferred the Rexton to the Kyron.

Don’t expect great residual values, however, as many second-hand buyers will shy away from a marque that they may well never have heard of.