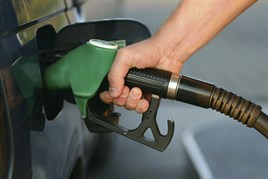 RoadPilot has found that a desire to cut fuel costs was the main reason that 33 per cent of those questioned have reduced their speed, compared to just 13 per cent who cited traffic enforcement. Other factors listed include greater road congestion (22 per cent) and environmental concerns (10 per cent).

The study also identified that 40 per cent of drivers are monitoring their vehicle’s fuel consumption more closely than they did a year ago. In addition, the vast majority (86 per cent) of motorists said that fuel efficiency and emissions were quite or very important when buying a car.

“The cost of filling up seems to be a more effective deterrent to speeding for most drivers than the possible risk of incurring a speeding fine,” commented James Flynn OBE, CEO of RoadPilot. “Driving remains an essential part of life for many people in the UK, but clearly motorists are feeling the pinch at present and are doing whatever they can to reduce their monthly outgoings.

“It appears that motorists are putting their own driving techniques under greater scrutiny than ever before, and as a result their average speeds have started to come down, which can only benefit road safety.

“Speed camera detection systems such as RoadPilot Mobile help motorists to be more aware of local speed limits via audio and visual alerts. Being better prepared for changes to speed limits can help drivers to maintain a more steady speed and in so doing, improve their fuel economy,” Flynn concludes.