Instructors steer BSM back to Corsa 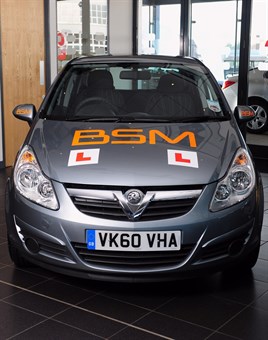 Driving instructors are believed to have played a key role in persuading bosses at BSM to end a multi-thousand car supply deal with Fiat.

Just 15 months after ending an 18-year relationship with Vauxhall, Britain’s biggest driving school has now announced it will start getting back on the road with its traditional supplier in spring 2011.

Fleet News understands the move follows comments from instructors about the lack of space in the Fiat 500, the car chosen to replace the Vauxhall Corsa and the model credited with revitalising the Italian firm.

According to a Vauxhall insider, BSM has been under pressure from its 3,500 instructors over the supply deal.

“The company told us their instructors wanted their Corsas back. Naturally, we’re pleased because this is a good sector to be in. We like the fact that a lot of young people will be learning to drive in the car because some of them will go on and buy one,” he said.

A Fiat spokesman said: “It is always disappointing to lose a contract, but that is the nature of the business we’re in and the way of the world.

“The termination was by mutual agreement with a six-month clause on either side, so we will continue to supply vehicles to BSM until March. I don’t know how many cars we will have delivered by then, but to date we have supplied more than 5,000.”

BSM chief executive Nikolai Kesting said the company had worked with its instructors and learners through surveys and received a clear message that the Corsa was their car of choice.

“We have acted on what they said. While we enjoyed a successful relationship with Fiat, we have found that by listening to our core audience and stakeholders and being able to implement feedback with Vauxhall, we are in a position to provide the best learner car on the market,” he said.

In a statement, BSM said five-door cars would feature in its 3,250-strong fleet in future because it recognised instructors often used their cars not only as a tool of trade but also as their primary family vehicle.