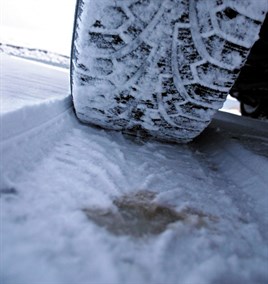 The lead feature in the new issue of Driving magazine, published by the DIA for holders of a DIAmond advanced driving qualification, highlights how winter tyres can enable drivers to continue driving in the ice and snow - and do so safely.

However, the public perception of winter tyres being for use on snow - a perception reinforced by misinformed comments by transport secretary Phillip Hammond in the House of Commons - is inaccurate, as they also provide cars with improved handling and braking capabilities when the temperature drops below 7 degrees C. Autumn and winter temperatures in the UK are mostly below this figure, so fitting this type of tyre would be appropriate.

The government has an important part to play in helping British drivers understand benefits of winter tyres. With harsh wintry conditions on the roads affecting the UK for the third successive year, the DIA feels a public information campaign, including a high-profile TV ad, would increase awareness of the benefits of winter tyres.
The DIA is also disappointed that the government's Winter Resilience Audit has missed an opportunity by not looking beyond the obvious when recommending further measures to enable national and local government, transport providers and the public to better manage and respond to winter weather.

DIA general manager Steve Garrod commented: "The inclusion of a recommendation to promote and encourage the use of winter tyres - not only on cars, but also on trucks and buses - would have greatly raised awareness of a simple measure that would allow owners and drivers to keep operating in the types of conditions we are currently experiencing.

"And apart from increased levels of road safety, the economic benefits of vehicles fitted with winter tyres are overwhelming: people can get to work, deliveries can get through - and let's not discount the reduction in car insurance claims caused by vehicles involved in collisions.

"There's a simple solution to many of the problems British road users are currently experiencing - and the government should be more far-sighted in encouraging drivers to fit winter tyres."