New call to curb menace of drink and drug driving 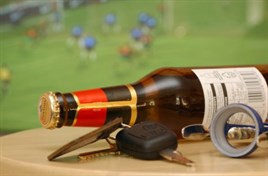 Road safety charity Brake and Direct Line today reveal an overwhelming cry from the British public for Government action to 20curb the menace of drink and drug driving.

The call comes in the same month as the findings from an inquiry on drink and drug driving by Lord Peter North for the Department for Transport are due to be published.

More than nine out of 10 drivers (92%) surveyed by the charity and motor insurer support the introduction of a new anti drug drive law to enable prosecution of anyone driving on impairing drugs, similar to the law on drink driving.

At the moment, a prosecution can only be brought against a drug driver if the police also have evidence the driver was driving badly.

Drivers are also overwhelmingly in favour of a lower drink-drive limit, with more than 7 out of 10 (71%) agreeing that the current limit of 80mg alcohol per 100ml blood should be cut.

Cathy Keeler, deputy chief executive of Brake, the road safety charity, said: “It’s time for bold action by policymakers to demonstrate they are listening to public concerns on drink and drug-driving. “