Philip Hammond given top ministerial position at Department for Transport 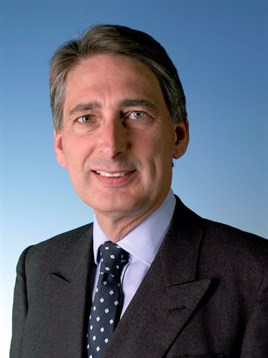 Philip Hammond will effectively lead the country’s transport agenda after he was given the top ministerial position at the Department for Transport.

The former shadow chief secretary to the Treasury will have to manage the transport portfolio at a time when there is a £160 billion hole in Treasury finances.
Therefore, there will not be expensive new strategies to improve the country’s transport infrastructure.

The Conservative’s pre-election proposal for a Fair Fuel Stabiliser is still on the agenda after the new Government promised to consult on the idea.

However, there is no reference to a fuel stabiliser in the coalition’s recently published programme for government.

The stabilizer, proposed by the Lib Dems, is a mechanism to cut tax on forecourt fuel prices when oil prices are high, and vice versa.

The new minister has also said the Government will ‘investigate measures to help with fuel in remote rural areas, starting with pilot schemes’.

Electric vehicles and plug-in hybrid technology will be better promoted, with incentives for power suppliers to establish a nationwide network of charging points.

The new administration will stick to its pre-election promise to axe central funding for new fixed-speed cameras, with safety partnerships having to fork out themselves if they want them.

Foreign lorries using UK roads can expect to face new taxes.
Hammond has promised to end Labour’s ‘war on motorists’, and said ‘pay-as-you-drive’ road-pricing is now only a possibility for new roads, not the existing network.

These are likely to be based on the single payment M6 toll motorway system rather than the more expensive and complex spy-in-the-sky system of charging motorists for each mile they travel.

Tougher legislation is expected to crack down on cowboy clampers and over-running roadworks, with a ‘lane rental’ scheme on the busiest sections. It means utility companies pay a day-rate to dig up the tarmac, encouraging them to finish faster.