Mixed messages for fleets over residual values of electric vehicles 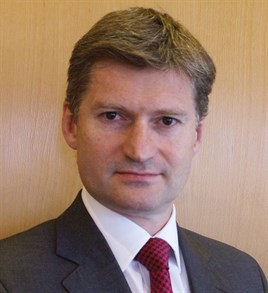 Fleets are being given mixed messages over vaues of electric vehicles as Glass's has suggested a separate leasing model for batteries could be favoured.

Glass's claims residual values could be much lower for vehicles that include the battery because of doubts over the length of battery life, and used car customers could be buying a car with an expensive battery replacement on the horizon.

But market analysts at CAP have said the company could not provide residual values forecasts for vehicles unless the battery is included in the purchase of the vehicle.

“After one year of ownership we would expect EV residual values to be above the segment average expressed in terms of pound values,” said Andy Carroll, managing director at Glass’s.

“But, if the battery is owned rather than leased, and lacks the appropriate extended warranty, the value of the typical EV will then fall dramatically until the vehicle is five years old, at which point the car will have a trade value little more than 10 per cent of the list price.”

This alarming rate of depreciation is, says Carroll, a function of customer recognition that the typical EV battery will have a useful life of up to eight years and will cost some £8,000 to replace.

“Potential used EV buyers fear this cost, but the key issue is that buyers will assume that their specific battery will need replacing in the near future regardless of the manufacturers’ predictions of battery life. Our RV predictions are therefore based on this worst-case scenario – which is exactly how we believe that prospective customers would perceive the costs of owning an EV.”

Manufacturers can however address this problem. Carroll cites the example of an EV in the lower-medium segment.  “If the anticipated £8,000 cost of the battery in such a car were taken off the list price, and recovered instead through a long-term £100-per-month battery lease scheme, the retained value in monetary terms would make it one of the best performing used cars in its segment, rather than one of the worst."

Through such an arrangement, any anxiety surrounding battery life would be dispelled, argues Carroll, by ensuring that a guarantee of minimum battery performance is a feature of the lease agreement.

“Volume production of EVs will not get fully underway until 2012, and we anticipate that demand over the next few years will outstrip supply, especially in the used market. In 2015 we forecast sales of new EVs to outstrip the sales of used EVs by five to one, and this has also positively affected our forecasts of EV residual values.”

But in May, writing in Fleet News, Martin Ward, manufacturer relationship manager for CAP said: "One of our criteria is that any V has to have the battery included. If it isn't part of the car aand owned by someone else, we can't value it."