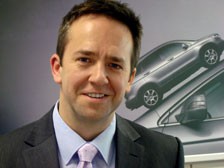 Honda is to launch a model line that will be sold only to fleets and will have its P11D price cut to the bone.

The new CI grade will be launched on the Civic and will see the un-badged car have specification levels equivalent to a SI model with integrated HFT (hands-free telephone) as standard. There will be a T grade variant that includes satellite navigation.

The list price will be cut by up to £3,500. Only fleet customers will have access to this price, with no models available in showrooms and no prices published outside of direct corporate marketing.

The idea of cutting the list price of the car is to attract user chooser drivers looking to reduce their Benefit-in-Kind tax bill.

“We know the market is being driven toward tax-efficient and that is driven by the combination of P11D and CO2.”

Avent wouldn’t confirm when or if a lower CO2 emitting Civic will arrive.

The current 1.4 petrol Civic emits 135g/km, while the 1.8-litre petrol emits 155g/km. The 2.2-litre diesel emits 139g/km. This compares to benchmark cars like the Efficient Dynamics 3-Series BMW, which has emissions as low as 109g/km or the Volkswagen Golf Bluemotion at 99g/km.

Typically, many Civic competitors are now below 120g/km.

CAP says residual values will not be hit by the move.

“Fleet discounts are a normal facet of the industry and have no direct impact in themselves on used values. The buying public would first have to know about them and then have very long memories for an initial fleet discount to impact on their perception of a car’s value,” said a CAP spokesman.

“Residual values are determined by the supply and demand balance for de-fleeted cars rather than initial transaction costs when the cars were new. Nor are 1,800 additional cars from a brand that is favoured by the retail public likely to alter that balance. With no variant badge there may occasionally be some confusion when they do eventually appear on the used market but this too is unlikely to have any significant detrimental impact.”

Depending on the success of the new fleet-only model, Honda will make a decision as to whether to roll it out across the range.

Keep up to date with all the latest Honda car reviews with Fleet News.