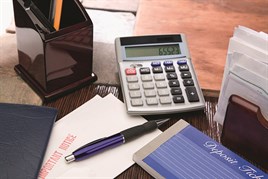 Hundreds of fleets could be set for a major cash windfall after Her Majesty’s Revenue and Customs (HMRC) lost a recent tax case involving car allowances.

Unsurprisingly, HMRC has lodged an appeal, but if the original decision is upheld it could cost the Treasury millions of pounds.

The case involves work-based training and development company Total People and how it was reimbursing its employees driving their own cars on business.

Total People had paid Class 1 National Insurance (NIC) on the allowance and had not taken account of the 28/27p per mile remaining from the 40p per mile NIC free limit.
HMRC took the view the lump sum was simply a payment of cash earnings for NIC purposes and, as such, National Insurance was due on the payments made.

However, Total People disagreed suggesting the lump sum was actually part reimbursement of the motoring costs incurred in using the car for business and should be treated as relevant motoring expenditure and therefore not subject to NIC.

Ruling in favour of Total People, the tribunal judge Richard Barlow said: “The most important single piece of evidence is the absence of a link between the increase in salary and the increase in motoring allowances. The appellant’s rationale for structuring the payments as it did is also significant.”

“We are currently speaking to over 70 organisations with a similar fact pattern, but that could be a small fraction of the potential companies,” he said.

“The issue is whether the cash allowance is deemed relevant motoring expenditure, but HMRC has always interpreted the rules quite narrowly.

“However, if this decision is upheld it could have a significant impact for many businesses.”

Nathan Male, senior manager, Deloitte Car Consulting, added: “Even if the structure of an employer’s cash allowance policy is such that they are unlikely to be successful in making an NIC reclaim, they should be looking to amend it so they can benefit going forward.”

No date has yet been set as to when the appeal hearing will take place.

What should you do?

If you are an employer:

Any employer that operates a cash allowance and currently reimburses employees travelling business mileage at less than 40p per mile should review their potential for making a claim.

In addition, employers should also be looking forwards with a view to restructuring the structure of their cash allowance arrangements to deliver the NIC saving at source.

If you are an employee:

The current approved mileage rates are 40p for the first 10,000 business miles in a tax year and 25p per mile thereafter.