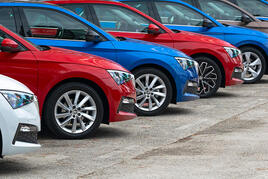 Wilmott Dixon has successfully argued that car allowance payments made to its employees were ‘relevant motoring expenditure’ and therefore should qualify for relief from Class 1 National Insurance Contributions (NICs).

HMRC had refused to refund Willmott Dixon for NICs paid from 2004/05 to May 2014 relating to car allowance payments made by the firm.

It argued that the car allowances were earnings and not relevant motoring expenditure, but in what was a landmark ruling for fleets, a First Tier Tribunal (FTT) ruled in favour of Willmott Dixon.

Car allowances at the construction and property firm, which was represented by Innovation Professional Services, were paid to employees based on a grade which was allocated to that employee.

The more senior an employee, the higher the grade. The amount paid did not depend on the number of business miles driven by an employee.

Separate business mileage payments were intended to reimburse an employee for the fuel costs of actual business miles driven.

An employee who was entitled to a car allowance at a certain grade could choose to select a car from a lower grade choice list and be reimbursed the difference in the car allowance for those grades.

Meanwhile, some individuals who drove no business miles were awarded a grade and allowances were paid even when an employee was ill (including long-term sick) or their business miles reduced because, for example, of the pandemic.

The purpose of the car allowance was to ensure that an employee had a properly insured, maintained and reliable motor vehicle available which that employee could use for performing his or her duties as an employee, in other words for business use.

While Willmott Dixon anticipated that an employee who had no satisfactory vehicle would spend the allowance, in part, on acquiring one, there was no contractual obligation to do so.

Similarly, once an employee was in possession of a satisfactory vehicle, then Willmott Dixon anticipated that the allowance would be paid on the financing, maintenance and costs of insurance, in other words the ongoing costs of owning a vehicle. But again, there was no contractual or other obligation to do so.

The employee was free to decide on what they spent the car allowance, and it could be spent on something wholly unrelated to the vehicle or its use for business travel.

The court heard that Willmott Dixon undertook a “rigorous analysis” of the underlying data and set the level of the allowances on the basis that an employee who did 10,000 business miles per year would be in the same financial position whether they opted for the car allowance or chose a company car.

An employee receiving a company car could choose whether to continue to take the company car or to switch into the car allowance scheme.

The FTT had to first decide whether the car allowance payments were earnings for NICs purposes or reimbursements of business expenses.

Given the amount of car allowance paid did not depend on the number of business miles driven by that particular employee, the FTT decided that the car allowance payments were earnings.

However, it decided that the car allowance payments were ‘relevant motoring expenditure’ citing the Court of Appeal decision in favour of Total People (now Cheshire Employment and Skills) almost 10 years ago on a similar matter, while also contradicting a more recent decision involving Laing O’Rourke (LOR).

Laing O’Rourke lost a £2.2 million claim for relief on grey fleet business mileage payments paid to employees at its firm. It had been seen as the first test case following the Total People ruling.

Total People’s long-running legal battle related to an NI refund claim based on the difference between the HMRC 40p per mile (ppm) approved mileage allowance payment (AMAP) rate (now 45p) and the 12ppm paid by the employer plus an additional lump sum paid to the employees for using their private cars on business.

The value of the amount claimed was approximately £146,000 or around £1,000 per employee, which was subsequently paid by HMRC.

Laing O’Rourke argued that its car allowance scheme should also qualify for relief from NICs on payments made to employees.

HMRC said relief did not apply, because the payments could not be defined as relevant motoring expenditure. Judge Tracey Bowler reached a decision last July, ruling in favour of HMRC.

“A similar arrangement was in place in LOR and this was another reason why Judge Bowler thought that similar payments in that case to the car allowances in this, were not made in respect of use. I respectfully disagree.”

He added: “The evidence shows that in order to receive the allowances an employee was obliged to have a private vehicle available for business use.”

Laing O’Rourke has appealed its FTT decision. HMRC has not said whether it will appeal the court’s decision in the Willmott Dixon case.

Fleets will not receive windfall after tax ruling, says HMRC

HM Revenue and Customs (HMRC) has insisted that a ruling at the Court of Appeal involving grey fleet mileage claims does not form a legal precedent and will not result in it having to hand back millions of pounds in tax to fleets.

Legislation defining the tax treatment of when a vehicle is a van or a company car has been labelled outdated, unclear and not fit for purposes by tax experts.

Ruling is contrary to previous similar case won by Total People at the Court of Appeal.