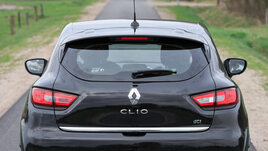 The Royal Society for the Prevention of Accidents is pleased that a new offence of causing serious injury by dangerous driving has been announced for England and Wales.

The new offence, revealed by the Ministry of Justice, will be taken forward as part of the Legal Aid, Sentencing and Punishment of Offenders Bill.

It will carry a maximum sentence of five years in prison, bridging the gap between the offence of causing death by dangerous driving, which carries a 14-year maximum prison term, and other dangerous driving cases, which have a maximum penalty of two years' imprisonment.

"Serious injuries often cause life-long disability for the victims of bad drivers and can fundamentally affect their quality of life and that of their families.

"To ensure this new law works as intended, it will be absolutely crucial to ensure that it is applied consistently in terms of prosecution and sentencing.