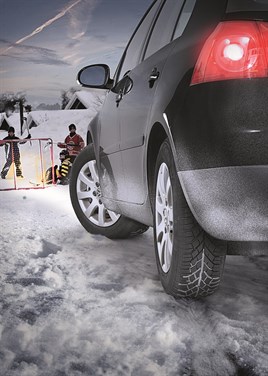 More than 18,000 road accidents in Great Britain last year were caused by snow or ice, latest Government statistics have revealed.

A total of 15,479 car accidents were attributed to snow or ice on the roads, while 927 light goods vehicles were involved in accidents under similar conditions.

This poses a huge threat to fleets and ATS Euromaster are reminding businesses that they must prepare for difficult travelling conditions and the record low temperatures expected by long-range forecasters.

Peter Fairlie, ATS Euromaster’s group sales director, said: “The accident figures speak volumes and it shows that you cannot be too prepared when it comes to the winter months.

“Cold weather tyres are a simple and cost-effective way to ensure your fleet stays safe and mobile during the winter – not only when driving on snow and ice – but as soon as the temperature drops below seven degrees Celsius.

“It makes good business sense to be prepared, but people need to start fitting their cold weather tyres now. A company’s productivity and financial security – not to mention their staff’s safety - could be jeopardised if they delay.”

The Department for Transport statistics, issued as part of their Road Accidents and Safety Annual Report 2010, also reveal that younger drivers are far more prone to accidents than their middle-aged counterparts. Accidents were most commonly seen by drivers in their twenties, suggesting that fleet managers should be wary of sending younger drivers out in cold weather without the right equipment.

The statistics recorded 56,756 accidents involving people aged 20 to 29. Men were the main cause of these accidents, with almost 65% (36,787) of young drivers involved in accidents being male.

In anticipation of high demand from businesses, ATS Euromaster has significantly increased its investment in cold weather tyres this year, with a choice of premium, mid-range and low-cost brands on offer to suit all fleets.

Drivers’ existing fitments can be checked in to ATS Euromaster’s network of tyre ‘hotels’ where they will be inspected and securely stored until next March or April.