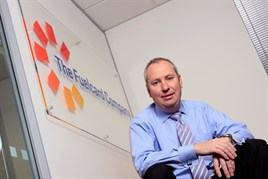 Jakes de Kock, Sales and Marketing Director at The Fuelcard Company, comments on the impact of today’s Autumn statement.

“The fuel duty freeze announced today will bring some immediate relief both to family car drivers and those who drive for a living, particularly those small and medium sized fleet businesses whose survival is hanging in the balance.

“But aren’t we just delaying the inevitable? January's rise would have cost the fleet industry around £325m, yet surely this is a burden we’ll still need to carry in nine months time?

“Despite no mention of fleets or the transport sector within Mr Osborne’s announcement, we are the primary users of the UK’s roads without which goods wouldn’t be delivered to shops, food wouldn’t reach the table, vital repairs couldn’t be undertaken and our public transport wouldn’t run.

“While we’re relieved the Chancellor has steered us out of immediate danger, getting the UK back on the road to recovery requires a long-term fuel duty strategy. The feted Fair Fuel Stabiliser was eradicated virtually immediately following the steep rise in commodity prices.. It is worth looking closer at Sir James Mirrlees’ proposed controversial recommendations to replace fuel duty with congestion charges. This proposal could revive the transport industry, reduce city centre traffic and boost the economy by getting Britain moving again. This proposed system will be a much fairer form of taxation, compared to the current arrangement that unfairly penalises those who drive for a living.

“Without support it would not just be the transport industry that suffers but every single household in the UK which would see the price of everyday goods rocket.

“I would strongly urge the Government to listen to the needs of the transport sector before it’s too late.”