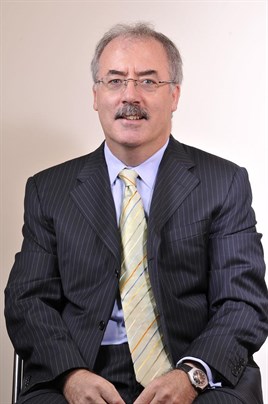 Liam Donnelly has been appointed head of Arval’s International Business Office (IBO) to head up a team of more than 20 people, which provides customer support structure that handles and manages Arval’s international customers and their fleets.

Following more than 15 years in the leasing industry, Donnelly is now in charge of nearly 90 customer accounts managed internationally by the IBO Team.

In his new role, he will be responsible for increasing the number of IBO customers, while continuing to extend the business and countries where existing customers are
serviced.

After 9 years in the full-service leasing sector in the United Kingdom with Lex Vehicle Leasing, he then established the local subsidiary of Arma Beheer in the UK. Donnelly then joined Arval UK in 2004, a wholly owned subsidiary of BNP Paribas, as sales director when Arval acquired Arma.

As sales director of Arval UK, he managed a fleet in excess of 75,000 vehicles and over a million Arval fuel cards.

In 2007, he went to Mumbai, India, and as general manager of Arval, India, a new established subsidiary. A successful mission, since the fleet leased by Arval in India grew rapidly and today still registers a growth of 60% per year.

Having graduated from the University of Strathclyde business school in Glasgow, Scotland, he started his career in 1983 in the UK Airport Services sector, where he spent seven years with responsibility for food service and retail outlets, then in offshore support services in Aberdeen.

In 1990, as managing director of a private company, he managed the importation and distribution of juice and coffee products from North America, South America, Europe and the Middle East, to UK food service industry.