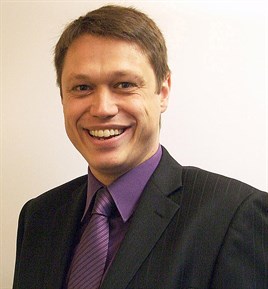 Mycompanyfleet says that because of rising costs, new banking regulations, Government cutbacks and the continued crisis in the eurozone, 2012 will be a tough year for many fleet operators in which cost control will continue to be the number one priority in both public and private sectors.

Jon Tandy, business development manager at Mycompanyfleet, the automotive division of global HR software supplier, NorthgateArinso, said the coming year would be challenging for most organisations, due to the impact of the Government’s spending squeeze which would really bite this year and the continued impact of rises in taxes such as VAT, Benefit-in-Kind taxation, National Insurance and fuel Excise Duty.

Also companies were likely to suffer from restricted credit as the banks sought to improve their liquidity ratios in line with line with the recommendations of Basel III, a new global regulatory standard on bank capital adequacy and liquidity which says banks must improve their equity levels in relation to their indebtedness.

As a consequence, some banks have begun selling off assets to shrink their balance sheets and reduce the amount of equity they need to hold. At the same time, lending criteria have been tightened, with the outcome that businesses may find it increasingly difficult to obtain the necessary credit to run their operations.

However, that did not mean that businesses should turn-off the investment tap, said Tandy, as making the right investment in the most suitable systems could pay dividends in controlling and managing fleet costs more effectively. But companies that simply cut investment would find that in the long run this would actually cost them money through increased inefficiency in fleet practices and procedures, he said.

“During 2011, we have seen a number of businesses operating several thousand vehicles invest in our fleet management technology to improve their operating efficiencies, manage and reduce fuel expenditure and ensure they are compliant with the latest HMRC and health and safety legislation.

“Typically, the decision to invest comes when realisation dawns that current practices, such as using spread sheets for example, are in fact costing money due to their inefficiencies. Investment in the correct fleet management software systems really makes a difference to fleet efficiencies, not just in the long run but can begin paying back almost immediately.”