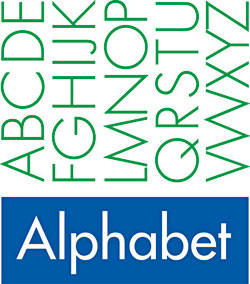 Findings from the new Alphabet fleet management report reveal speeding, mobile phone use and alcohol were the main safety concerns for operators, but crucially 98% now have policies in place to help combat these risks.

The Alphabet report ‘Risk, Reward and Rationale’ is the second in a series of reports based on its recent survey of 250 fleet decision-makers.

It looked at several key aspects of operating a car fleet, including: duty of care to employees; balancing risks and rewards of vehicle ownership; and deciding on company car allocation.

Ongoing financial constraints have not deflected managers’ focus on driver safety, which topped the list of concerns amongst fleet operators.

Management policies covering the risks of business car use have not always been commonplace in the fleet industry. However, the overwhelming increase in operators drawing up plans to address risk (98%) shows a significant change in attitude since 2006, when Alphabet last researched the issue, when only 37% of managers confessed to having such policies in place.

Richard Schooling, Alphabet’s chief executive, said: “The dramatic increase in the number of fleet professionals creating risk management policies is an outcome of the corporate manslaughter legislation. This act has prompted operators to better educate employees on driver safety and implement policies to protect themselves from prosecution.”

The risk policies are comprehensive, covering off speeding (96%), driving above legal alcohol limit (94%), mobile phone use (97%) and driver fatigue (93%). Surprisingly, driver fatigue came relatively low down on the scale of concerns, despite nearly all saying the risk was integrated into their policy.

Schooling said: “Driver tiredness is a significant risk for fleet managers, especially as workloads increase in the current slow-growth economy. This is an area which should be constantly scrutinised, especially where annual business mileages creep up.”

Fleet managers’ focus on driver safety has not been softened despite ongoing financial constraints both in the UK and across Europe, with 71% highlighting this issue as the biggest concern for operators, above understanding and controlling operating costs (61%) or considering the environmental impact of a fleet (61%).

Grey fleet crosses over into every major area of concern for fleet professionals – driver safety, operating cost, reimbursement, productivity and management control and remains unpopular with fleet professionals. Seven out of 10 managers in the survey said they would prefer employees to use a fleet car rather than a private car on business.

Schooling said: “Company cars give employers more control over the quality, insurance, emissions and condition of vehicles used on business. That said, if a car is not an essential tool of the job, it may be more economical and less risky to use pool cars or use daily rental.”

Nearly half (48%) of managers said that reducing the risk and cost involved in grey fleet was a prime objective, while 18% acknowledged that grey fleet costs had increased over the last 12 months as fuel prices and mileage rates, in particular, have risen by more than inflation.#

However, more than a third of fleet operators did not know exactly how much they paid grey fleet drivers per mile.

“The high proportion of businesses that don’t know how much they are paying for grey fleet travel suggests that using personal cars for business mileage is an even greyer area of cost control than first thought,” said Schooling.