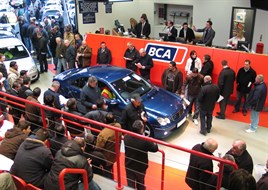 Well balanced supply and demand in November saw average values improve by nearly 4% compared to October, but values in the fleet & lease sector rose by a more modest 1.4%, according to BCA’s latest Pulse report.

Most of the increase was felt in the part-exchange sector where values improved by over 4% to establish a new record monthly average figure of £2,877.

“While there was a fall in the average value of nearly-new cars this was entirely the result of model mix, as supply remains short in the wholesale arena.”

He continued: “Otherwise, the overall picture remains very similar to the previous month, with healthy demand for Grade 1 and 2 cars, but little appetite for cars in Grade 4 or 5 condition - unless they are realistically valued to sell.”