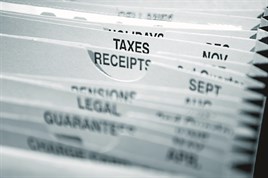 Businesses are being warned of a tax crackdown on mileage claims after a series of investigations into fuel and mileage payments.

Mileage audit firm TMC says it has identified five companies in the past month that are being investigated by Her Majesty’s Revenue and Customs (HMRC).

A bill for more than £700,000 in back taxes could be at stake for one of the businesses involved.

He believes that more fleets could find their records being scrutinised by HMRC as it hardens its line on incomplete or inaccurate mileage records.

In the cases seen by Fleet News, HMRC contends that the employers failed to check mileage claims properly.
Drivers were therefore able to overstate their business mileage and in effect received tax-free AMAP or Advisory Fuel Rate (AFR) expense payments for business miles they didn’t cover.

In practice, HMRC normally would look at the past six years, but in this case it examined the company’s records over the past four years, revealing some serious inaccuracies.