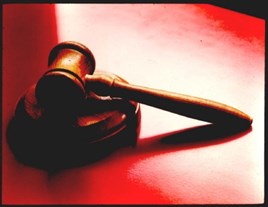 Market conditions for wholesale used cars have “changed significantly” in the last two weeks with demand at auction for new stock dropping back, according to Roger Woodward, managing director of online seller, CD Auction Group.

The new trading environment contrast sharply with the first 10 weeks of the year when sales of used cars were very strong. CD Auction Group reported around 30% more trade buyers in the market in February compared to the final months of 2010.

Woodward says: “Don’t get me wrong, the market has not died but suddenly trade buyers are being much more cautious about what they bid for. Even the major car supermarkets who regularly buy much of their stock from CD Auction Group are holding back. In this climate, vendors need to be realistic about values achieved.”

As always, good quality stock sells fastest and, at auctions last week, CD Auction Group was still achieving over 99% of CAP Clean values on cars sold. But conversion rates have dropped as poorly presented cars get left on the lot.

“There is still good demand for quality, ex-fleet family hatchbacks,” says Woodward. “Cars like Astra and Focus are the bedrock of this business; but any unwanted models and some late-plate stock is suddenly struggling.

“I think we have had a false market for most of the first quarter and there is plenty of evidence of pre-registration by franchised dealers to achieve new car sales targets in March. Forecourts are now over-stocked with late-plate and with part exchanges.

“As always, the market will sort itself out but, right now, we’re in danger of creating a log-jam. Wholesale values are going to fall as a result. Vendors should be very wary of holdings onto cars for too long or presenting cars for sale in poor condition,” he concludes.