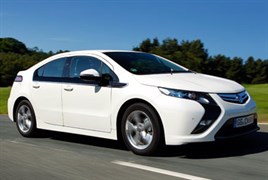 Changes to official tests that measure CO2 for cars are being mooted for 2013 which could have a major impact on fleet costs and company car driver tax bills.

Published in an annexe to a recent European Transport white paper, a statement reads: “Ensure that CO2 and pollutant emissions are reduced under real-world driving conditions by proposing at the latest by 2013 a revised test cycle to measure emissions”.

The proposals are at an early stage – it is likely to be 18 months before they are finalised – and governments and interest groups will have the opportunity to influence them.

The SMMT will deal with UK-specific lobbying, working closely with the European umbrella organisation ACEA.

A spokesman for the SMMT said: “We are aware that Europe is looking at altering the standard test cycle to make it more representative to real-world motoring.

“As this idea is at the ‘white paper’ stage, it’s not clear what impact this would have on motorists if changes were made. However, on the subject of motoring taxes, SMMT has a clear position that stability and certainty is best for motorists, enabling them to plan motoring costs long term.”

Fleet operators needed to be aware of the potential changes. Driver BIK calculations are based on CO2 emissions, while official fuel figures are a core part of running cost and wholelife cost matrices.

The test could create a more realistic benchmark for plug-in and extended range electric vehicles.

The latest generation of plug-in and extended range electric vehicles have been criticised for claiming fuel consumption and emissions levels under the current test cycle that appear too good to be true.

For example, the Vauxhall Ampera, due in 2012, is driven by an electric motor that has up to 50 miles of range, while a 1.4-litre petrol engine kicks in to recharge the battery on the move extending the range to up to 360 miles.

Original suggestions that the Ampera could achieve 175mpg and 40g/km were based on the current 11km official test cycle. However, once the battery charge is spent, the Ampera uses a petrol engine to charge the battery while driving to allow it to continue under electric power. Its 7.5-gallon fuel tank gives it a potential 310 miles additional range which means that on fuel only, it achieves the equivalent of 41.3mpg.

Meanwhile, the UK government has signalled the end of the five-year BIK tax holiday for electric vehicles with announcement of changes to BIK tax from 2015-16.

It means drivers choosing an electric car now on a four-year replacement cycle will become liable for BIK tax before the end of the lifecycle.