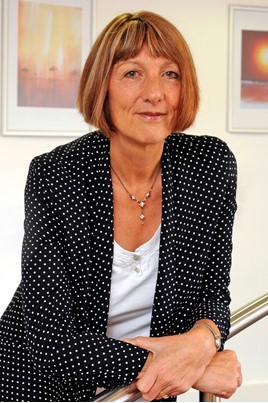 Liz Hollands, the latest inductee to the Fleet News Hall of Fame, had a ‘pinch me’ moment as she was leaving the awards at the Grosvenor House Hotel in March. She looked at the wall of photos and names of all the Hall of Fame members – many of whom were her mentors when she started in fleet in 1993 – and thought it was “pretty amazing” that she was now among them.

Hollands didn’t set out to be a fleet manager – she was working as an office manager at property services provider DTZ when she was given responsibility for the merger of two car fleets.

It was a baptism of fire as everything from company car grades to funding methods and insurers was different, and Hollands received no training – she was simply given two lever arch files, a spreadsheet and some copies of Fleet News and told to “get on with it”.

“I remember opening up the copies and reading them thinking, ‘Crap, there’s a lot to learn here!’,” she says.

Liz Hollands had a hasty introduction to fleet management.

Fleet News Hall of fame member and Logistics UK’s fleet manager Liz Hollands has retired after 27 years in the industry.