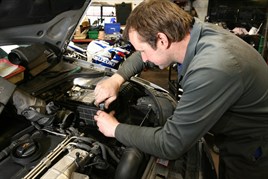 One in three British motorists will share a £1.6bn unwanted repair bill this year, with some facing bills as high as £7,239, according to new data.

Analysis by Warranty Direct, the UK’s largest direct consumer warranty provider, shows that a third of the 16m DVLA-registered three to10-year old cars will suffer some degree of mechanical failure over the next 12 months.

The average cost of fixing problems stands at £335, with the most common faults being electrical gremlins.

The largest garage bill handled by Warranty Direct was for a luxury BMW 7 Series. The upshot of its piston and cylinder head damage was a bill of £7,239 for parts and labour.

But big bills are not limited to prestige or expensive cars.

One owner of a 1.3-litre Vauxhall Corsa (06) received a bill of £4,975 when it encountered catastrophic engine failure, requiring a complete rebuild.

According to Warranty Direct, which studied more than 50,000 policies, one in three vehicles will develop a mechanical failure during any 12-month period. However, the figure varies dramatically depending on the make and model. For example, the frequency of failure on a Honda Civic is 8% compared to 61% for a Renault Grand Scenic.

Duncan McClure Fisher of Warranty Direct said: “It is part and parcel of car ownership that at some stage something will go wrong. Even on the most reliable of cars, things still break sometimes.

“The worst part is the unknown - failure could happen at any time and, unfortunately, as we’re all driving evermore complex vehicles, the cost of repair is reflected.”