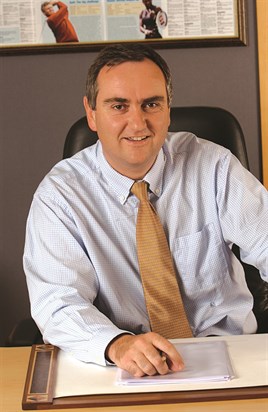 The mini-van, last seen in the UK in 2009, is about to make a comeback thanks to an importer who believes there is still a need for such vehicles.

Vestatec Automotive Distribution is to import a range of DFSK vans from China to sell through 40 dealers from next month. Former Mitsubishi UK managing director Jim Tyrrell (pictured), a Vestatec shareholder, expects sales to reach 1,000 in the first year, rising to 5,000 within five years.

“This is a niche market but I really think this business will grow into something significant,” he said. “The mini-van stopped being imported because of the problems with the exchange rate, not because people didn’t want them. Today, with the economy the way it is, it’s the ideal time for a comeback. The vans are flexible, have extremely tight turning circles and are incredibly economical; they are ideal for small traders who are willing to sacrifice a bit of luxury for efficiency.”

The first four models – a van, a single-cab pick up, a single-cab tipper and a double cab pick up – will all be powered by 1.3-litre petrol engines. Tyrrell describes them as being “similar to the Bedford Rascal”.

The compact single-cab van, 3.79m long by 1.56m wide and priced at £7,999, is capable of a payload of 550kg with a capacity of more than three square metres. The low load bed combines with a high-opening rear door for easy loading and there are sliding doors on both sides.

All models are fitted with a five-speed manual transmission and will give fuel consumption from 35mpg; diesel-powered versions will be available next year. The company is also appraising electric-powered models.

Monica Guise, transport services manager at the University of Birmingham, uses electric vans to transport the likes of electricians and carpenters around the campus, which supports 45,000 students and staff. She anticipates a market for the low priced vans among public sector bodies.