Vauxhall/Opel is 'important resource' for GM 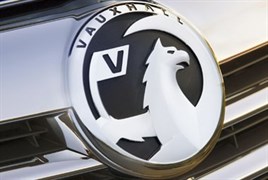 General Motors Europe president Nick Reilly has gone as far as he dare in shrugging off speculation that Vauxhall/Opel is up for sale.

Speaking to Fleet News, Reilly pointed to General Motors’s long-standing policy of not commenting on speculation, adding that it had a responsibility to its shareholders and to the Stock Exchange not to deviate from that policy.

But he said: “GM is pleased with the progress of Vauxhall and Opel – it’s ahead of plan and made money in the first quarter of this year when it hadn’t expected to*. Vauxhall/Opel is an important resource from an engineering point of view as well as the sales operation. We will continue to improve.”

These continuing improvements, part of the turnaround strategy, are two-fold. The business has already stripped out cost from a major restructure which saw one manufacturing plant close (Antwerp, Belgium) and another scaled back (Bochum, Germany). This has reduced capacity by around 20% and simplified the production process.

“Initially it costs money to restructure but this year we are benefiting and in 2012 we will have a full year of those benefits,” said Reilly. Together with administrative and engineering savings, he expects the action will reduce costs by $1bn (£626m) a year.

Reilly, a former managing director of Vauxhall, added that GM Europe’s market share has improved for seven consecutive months compared to the previous year. Major gains have been made in Germany where Opel had taken a big hit in recent years.

The second action is longer-term: to grow the top line performance through good products and an improving brand image.

Models like next year’s Ampera range-extender and GTC will be “image builders”, while the company has a major product offensive planned over the next 18 months to include the new Junior city car, Astra Coupe and Convertible, Zafira and a compact SUV.

“We could do without the rumours, but it’s died down now, including in Germany, Reilly added.

In a statement issued at the end of June, he also said: “The best response to the speculation is to continue to demonstrate improved performance so as to give confidence to potential customers.”

* GME reported earnings before interest and tax (EBIT) of $(0.4) billion for the first quarter. GME’s results improved by $0.6 billion on an EBIT-adjusted basis compared with the first quarter of 2010 and it achieved a significant milestone by delivering breakeven results on that basis.

Based on current plans, GME is targeting to achieve breakeven results on an EBIT-adjusted basis before restructuring for the entire year.

For first pictures of the Astra Cabrio, click here

Click Here to read about Opel and Europcar's launch of a new electric vehicle cooperation.