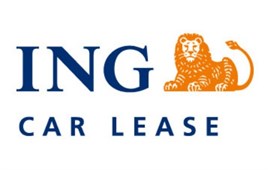 The £569-million deal struck by Alphabet, the fleet management division of BMW Group, to buy ING Car Lease comes as a result of its aspiration to become a multi-make contract hire operation across Europe.

It follows a complete reorganisation of the management structure which left Alphabet fully in charge of its own future for the first time. Prior to 2011, the person in charge of Alphabet’s strategic direction sat within BMW and was not directly linked to the business.

According to Richard Schooling, Alphabet (GB) chief executive, this left the company “disjointed from a process and market operation point of view”.

Speaking to Fleet News before the ING purchase was made public, Schooling added: “All the Alphabet operations now report into one global head . We have consistent objectives all the way through to the top.

“Our priority is the impact of corporate business; we don’t have to worry about the retail side. The push is to become a multi-make supplier across Europe, like we are in the UK.”

Alphabet’s UK aspiration was to become the fifth biggest leasing company by 2015, requiring a fleet of around 60,000.
Organic growth was the main focus of the strategy, but the acquisition of ING has shredded that plan.

Assuming no contraction, a merged Alphabet-ING fleet would total 94,791 vehicles, catapulting it to number three in the FN50.

It also gives Alphabet a serious presence in the van sector for the first time, taking the risk fleet from 2,321 to 14,448.

However, industry expert Professor Colin Tourick said: “It’s no simple matter to integrate two large businesses like these, so it will be interesting to see how they go about it and how long it takes. Alphabet’s growth has been remarkable.

“This is a business that didn’t exist 20 years ago and this deal gives Alphabet volume, further economies of scale and a presence in two new countries.”