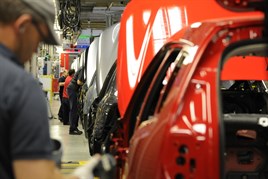 Saab’s demise has sparked a residual value warning from pricing data specialists Glass’s and CAP, with fleets urged to pay close attention to de-fleeting and disposal of vehicles.

Glass’s told Fleet News values for all used Saabs have been deteriorating at a faster rate than the rest of the market throughout the past year.

Saab GB was put into administration on November 29, 2011, and its parent company Swedish Automobile filed for bankruptcy on December 19 after former owner General Motors blocked moves by the Swedish car company to secure funding from potential Chinese investors.

“In the wake of the announcement, there appears to have been no escalation in the rate of fall,” said Adrian Rushmore, managing editor at Glass’s. “However, values are expected to suffer continued downward pressure at least for the next month or so. This is against a market backdrop of rising values.

“The volumes of used Saabs tend to be focused at between four to six years of age. So for the most part fleets are running fewer cars than they would have done historically and this has significantly reduced their exposure and financial pain.

“If the MG Rover demise is repeated we would expect to see a nervous trade market continuing to purchase at lower prices until they enjoy some retail interest.

“This retail interest will be based on what is perceived as value for money.

“Saab 9-3 residuals at three to four years of age are languishing at the bottom of the RV league table for upper-medium sector cars, which implies that prices and values probably don’t have very much further to fall.”

“It feels like Saab has been going out of business for several years,” said Mark Bulmer, editor of CAP’s Black Book.

“When you look at this month’s price data, the only weak link in the chain is the cabriolet which is no surprise at this time of the year.

“All other ranges seem to be doing OK.

“The dealers seem to be being very controlled in how they are holding retail values close to where we publish.”