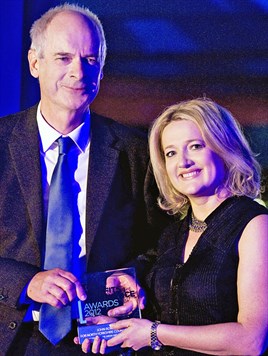 North Yorkshire County Council has been recognised for having the most effective green and CSR strategy, including its green car salary sacrifice scheme, in the Benefits Excellence Awards organised by benefits provider, Asperity.

North Yorkshire County Council  introduced its green car scheme around two and a half years ago, in conjunction with Tusker, as part of its ‘Everybody Benefits’ flexible benefits package, available to all eligible 13,000 staff.

Some 320 employees have now taken delivery of a new car through the scheme, which only allows vehicles with carbon emissions of less than 120g/km, in line with the council’s environmental policy.

The North Yorkshire scheme is also available to other public sector organisations through a Pan Government Collaborative Framework Agreement.

This allows all UK contracting public sector authorities, including Government Departments, Non-Departmental Public Bodies, the NHS, Local Authorities, Police Authorities and Emergency Services to access the scheme without having to go out to tender.

As a result, some 14 different local authorities now use the scheme to offer new cars to their own staff.

Judges of the Asperity Benefits Excellence Awards, claimed to be the first in the UK to focus entirely on voluntary employee benefits, said: "The green company car scheme is a great benefit which is generally under used in the market place.

John Robinson, benefits and reward consultant for the council, said:  “It’s great that the scheme has been recognised in this way.

“The North Yorkshire scheme has been a huge success, enabling employees to have access to brand new cars while at the same time making savings in income tax, national insurance contributions and pension.

“In addition, a number of other local authorities have also taken advantage of the national framework agreement, which further endorses the popularity of salary sacrifice car schemes throughout the public sector.”