Motor finance industry and police tie-up will save millions 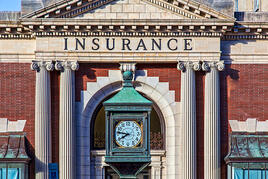 A partnership between the police and the motor finance sector has helped to recover over 1,500 cars fraudulently obtained on car finance, saving finance companies millions of pounds and delivering significant savings for consumers.

The partnership involves the Finance & Leasing Association's (FLA) sponsorship of the Vehicle Fraud Unit of the ACPO Vehicle Crime Intelligence Service (AVCIS). During the past 12 months, AVCIS has recovered 350 cars, with a value of almost £5.5 million to FLA member motor finance companies. The Unit has also made around 80 arrests for associated crimes.

Since its inception in 2007, AVCIS police officers have recovered over £25 million worth of cars stolen by fraudsters as well as making almost 400 arrests.

As a result of the scheme's success, FLA motor finance members have agreed to sponsor the Vehicle Crime Unit for a sixth consecutive year.

Paul Harrison, head of Motor Finance at the FLA, hailed the on-going partnership with AVCIS: "The FLA are delighted to confirm its sponsorship of the AVCIS Vehicle Fraud Unit for another 12 months after a further year of real success for the unit.

By catching fraudsters our partnership with the police helps motor lenders minimise their financial losses. This in turn plays a vital role in keeping finance costs low for consumers. The success of the unit is sending a clear message to fraudsters that their actions will not be tolerated."