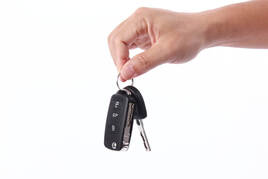 Employees offered a company car or a cash alternative should focus on the ‘true value’ of a company car, according to a tax expert.

The advice comes in the wake of a survey of more than 2,000 companies by Towers Watson, a global professional services company, which reveals that cash alternatives are outstripping company cars as the most popular benefit.

Almost 80% of managerial level employees are eligible for car benefits with most offered the choice of a car or a cash alternative. Just 12% are offered only the car option.

The survey shows that 57% of employees entitled to a company car have opted to take the cash.

Darryl Davis, senior consultant in Towers Watson’s Data Service division, said: “We have seen a steady increase in the value of car schemes per employee, but the trend has been for more schemes to move from company cars to cash-based allowances, or to offer employees a choice.”

Government figures on benefit-in-kind tax reveal a steady decline in the number of company cars over recent years.

Jeff Whitcombe, director at BCF Wessex, said: “I have been surprised by some of the reasons suggested for the fall and I think the reduction is too easily attributed to increasing taxation.

“Over this same period, the adoption of low- emission cars has been supported by the availability of first-year allowances, which significantly reduce the wholelife cost of qualifying cars.”

Whitcombe believes the double-dip recession has been the single-most influential factor.

“With company car tax rates set for the next five years, as the economy improves I would encourage drivers and employers to use this to their advantage by planning ahead, and focusing on the true value of the company car,” he explained.

“For example, take a higher-rate employee who is considering whether to take a Toyota Prius T3 as his new company car or to take a £7,000 gross cash alternative and make his own arrangements.

“If the employee took the cash alternative, he would pay tax and NIC of £2,940 and would then have to acquire, maintain and insure his own car.”