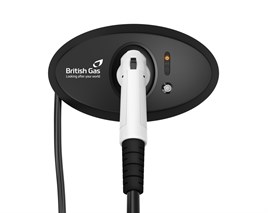 Research released by British Gas reveals a predicted boom in the take up of electric cars in London, Glasgow, Edinburgh, Epsom and Brighton.

The study, which draws on Mosaic consumer classification data and references Green Segments insights from Experian, found that London’s East End is set to see a big boom in electric cars; with nearly one in six – more than 36,000 – Stratford residents likely to buy one.

And with the recent regeneration of the area resulting in the development of a number of new eco homes, the electric car is expected to gain a higher profile.

Research identifies an emerging trend for electric cars in areas across the UK. It analysed the most likely types of people to buy an electric car, and then mapped out where in the UK these people live. The top five towns or cities likely to see an electric car boom are London, Glasgow, Edinburgh, Epsom and Brighton.

Dan Taylor, director of new ventures at British Gas, said: "Electric cars are a safe and more environmentally friendly way of getting from A to B and there are now more ranges on the market, a developing infrastructure and increase in charging point availability.

"Our new research shows that driving an electric car can fit into a wide variety of lifestyles, so it’s no surprise to see a predicted rise in people embracing the technology and seeing the electric car as an increasingly viable option."

Nigel Wilson, managing director, data and analytics at Experian Marketing Services said: "Our research shows that electric cars could soon be commonplace on the UK’s roads and suggests and shift in trends among UK consumers.

"Interestingly, the typologies of a typical electric car owner vary and can be quite surprising, particularly for those consumers who are reluctant to change other environmentally impactful behaviour."

Experts predict that by 2020, electric vehicles could account for approximately ten percent of all cars sold in the UK. In addition, a number of new models are set to be released in the UK during 2012, and infrastructure is developing and expanding making electric cars an increasingly viable option for motorists.