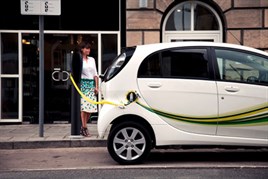 The eight regional Government-funded Plugged-in Places projects start to come to the end of their three-year programmes next year.

But what are the prospects for the further development of the UK’s electric vehicle recharging infrastructure?

Though local councils are cutting expenditure and slashing their budgets, regional development agencies are closing, and electric vehicle sales have not yet accounted for more than a tiny proportion of the UK car market, investment in the UK’s electric vehicle recharging infrastructure continues nonetheless.

In the final phase of the £30 million Plugged-in Places funding, the regional schemes aim to amass a total 8,500 charging points – 1,300 charging points each by the end of next year for Source London and One North East, for example, and 500 for Plugged-In Midlands – which will be a useful addition to the 2,000-or-so currently ‘live’ nationally.

“I think there is still the commitment from local authorities to roll the infrastructure out,” said Calvey Taylor-Haw, managing director of charging point supplier and operator Elektromotive.

“We’ve gone too far down the road to do a U-turn. But there’s absolutely zero public money for this now.”

Government funding has been crucial. Regions which did not receive (or apply for) Plugged-in Places funding, such as the west of England, the south east and Wales, are lagging behind.

But as public money dries up, the private sector is stepping in.

Network providers are bidding to take over operation of existing regional facilities, launching both membership and pay-as-you-go schemes.

There are also  plans to add more chargers, and to offer more sophisticated ‘roaming’ schemes to overcome the current limitations of regional memberships and access to charging points operated by different providers.

Alexandra Prescott, operations manager of Charge Your Car, which operates Plugged-in Places schemes in the north east and Scotland, said: “The EV infrastructure has been seeded by Government money, and now we’re picking that up.”