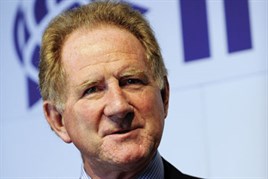 Widespread support for the Driving for Better Business campaign has been vital for its continued existence, after the Government pulled the plug on its funding.

The four-year, £250,000 grant from the Department for Transport (DfT) was due to run until June 2012, but it fell victim to the Government’s austerity drive and financial support was withdrawn after June 2011.

However, local road safety initiatives, suppliers and business champions – organisations which showcase their own good practice in road safety through the Driving for Better Business campaign – have all played their part in sustaining the RoadSafe initiative including financial support.

Adrian Walsh, director of RoadSafe, paid tribute to all those involved.

He said: “We have been working with the business champions and community groups such as Staffordshire Business and Environment Network.

“There have been some really successful community business-to-business programmes and it’s that kind of development that has proved vital.”

A workshop for employers was held in Staffordshire in the summer as part of a new partnership between Safer Roads Staffordshire, Staffordshire Business and Environment Network and Driving for Better Business.

About 30 local businesses have joined the network and have agreed to work together to improve their internal programmes for managing those who drive for work.

The event was one of a series of workshops to help businesses learn from other companies, both large and small, on how to improve efficiency, cut costs and enhance safety.

Local meetings to share best practice are held every few months under the heading of Driving for Better Business in Staffordshire.

Staffordshire Safer Roads Partnership is keeping these businesses updated with their campaigns.

It assists with any concerns they may have in relation to driver training, writing of bespoke policies and general road safety matters.