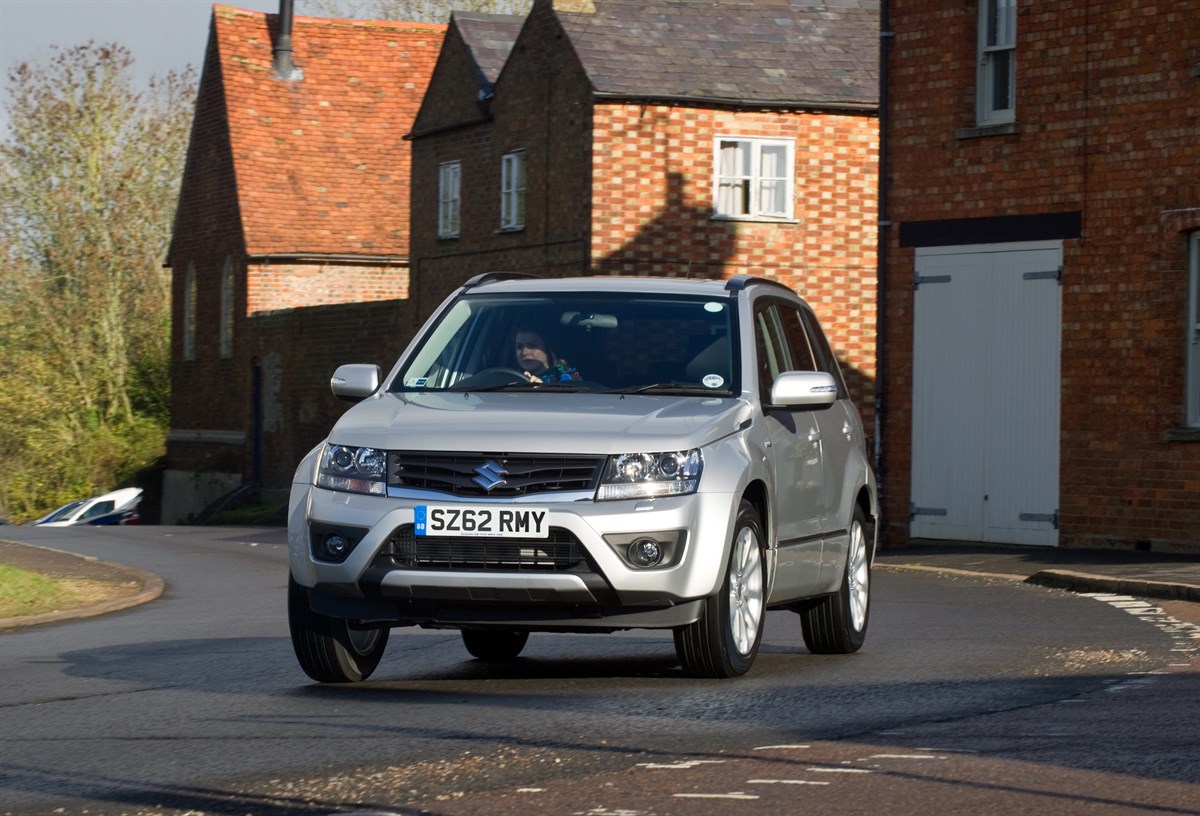 Suzuki has announced the facelifted Grand Vitara range will be due to start arriving from December 2012. Changes cover the vehicle design throughout, equipment and aim to reinvigorate the Grand Vitara’s appeal in the competitive mid-sized SUV sector.

At the front of the car the bumper and grille have been re-styled with a more angular design and the foglamp styling has been revised. Additional changes include inner headlight black accents on 5 door SZ5 models, and new design 17” or 18” alloy wheels.

By customer demand, a temporary use 16 inch spare wheel with 225/70 tyre has now been included as standard, eliminating the need for a puncture repair system. As the spare wheel is mounted on the rear door the Grand Vitara grows in length by 200mm (five door models) and 170mm (three door models).

The navigation system forms part of the infotainment centre – allowing a number of music options; CD, radio, SD card, media player (including iPod® and iPhone) connected via the USB port, as well as via Bluetooth® music streaming and phone connectivity.

Under the bonnet, 1.9 DDiS models have had the emissions control system revised, resulting in a CO2 decrease from 179 g/km to 174 g/km – which means the VED band for the 1.9 DDiS engine has been reduced by one band to H. An additional benefit of this is an improvement in combined fuel economy to 42.8mpg from 41.5mpg.