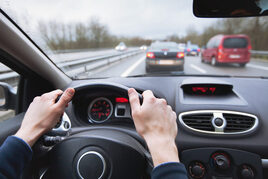 New research from Confused.com has revealed that sat navs have caused over £203m worth of damage to drivers on UK roads, through accidents caused by misleading directions.

With the Department for Transport (DfT) holding its first ever Sat Nav Summit in March, the issue of misleading Sat Navs has become an ever-increasing problem across the nation, says Confused.com.

A staggering 83% of British drivers have admitted to being misled by their sat navs, resulting in over half the country (52%) screaming at their devices and 68% of the drivers end up doing longer journeys, and clocking up unnecessary miles.

Meanwhile, 45% of British drivers have confessed to feeling angry and frustrated while behind the wheel, which has led to 31% of British motorists spending between £100-£500 on sat nav related car damage.

Whilst it's mainly men who blame their car damage on their sat nav, women are more likely to admit that it leads them astray. Women also get more frustrated than men, with 57% of female drivers freely admitting that they scream at their sat navs - 12% higher than male drivers.

On a national scale, drivers in the East Midlands fared the worst with their sat nav relationship - shouting at their sat navs (57%) and feeling frustrated behind the wheel (50%).

Northern Ireland has proved the most docile with only 31% getting angry at misleading sat nav directions. Over half (51%) of Scotland has revealed that they scream at their sat navs which has resulted in an overwhelming 80% of Scots admitting to being constantly given misleading directions.

The research did however pinpoint the Welsh city of Aberythswyth as the worst for sat nav anger management, with an alarming 75% admitting to regularly losing their temper.

Gareth Kloet, head of car insurance at Confused.com, said: "Our research has shown that the sat nav is not always the blessing it was once hailed to be and increasingly, motorists appear to be sighting the device as a source of frustration and danger.”