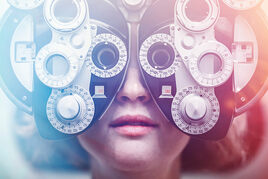 Campaigners are calling for a change in the law after research suggested more than half (54%) of fleet managers fear some employees may be driving when their eyesight is not good enough to do so.

The only legal eyesight requirement for driving in the UK is that driving test candidates must be able to read a number plate at 20.5 metres – with glasses or lenses if they need them – before the driving part of the test.

However, while up to 2,000 people fail this each year, experts believe four million motorists do not meet the legal eyesight requirement.

There are no further compulsory checks and, even at 70 years old, drivers reapplying for a licence only have to tick a box to confirm their vision is at the required standard.

Despite these concerns, the Government is considering reducing the distance for the number plate test to 17.5 metres.

The majority of fleet managers (58%) oppose these plans and believe that this would make UK roads less safe.

Julie Townsend, deputy chief executive of Brake, said: “In the face of deeply concerning proposals to reduce eyesight testing standards, conscientious employers must be even more proactive in introducing comprehensive eyesight policies ensuring staff driving on company time are not putting themselves and others at risk.”

Specsavers Corporate Eyecare questioned 164 fleets, representing up to 414,000 public and private sector employees, in the survey.

However, while the vast majority (91%) thought it was very important that staff who drive in the course of their work have their eyes tested, only 38% actually have a policy in place to test the eyesight of drivers.

“I remember one occasion that was relayed back to me by a senior trainer,” he said. “A middle-aged company director, who was hugely experienced and did about 50,000 miles a year, couldn’t read the plate at the stipulated distance so we stepped forward another 10 metres and he still couldn’t read it.”