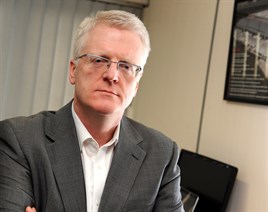 GeoPost has developed a number of innovative designs to improve van security following a spate of thefts.

In the past 12 months the delivery firm (which includes the parcel delivery brands DPD and Interlink) has had 50-60 catalytic converters stolen nationwide, equating to around £100,000.

This follows reports from BVRLA members in August last year that cats were being stolen in Hounslow, Croydon, Forest Hill and Slough, Solihull, Reading and Cambridgeshire.

Cats are mainly being stolen for their precious metal value – if properly recycled they can be worth between £50 and £100.

But a new catalytic converter can cost more than £2,000 to retrofit and, even if covered by insurance, the excess on most policies make it a heavy loss.

GeoPost has now designed a bonnet lock which it hopes will prevent thieves from opening the bonnet and stealing the catalytic converter.

The delivery company has also experienced problems in the London area with rear van doors being drilled as thieves seek to gain entry to steal parcels.

It has fixed this problem with an innovative design but thieves are now trying to drill the side doors.

He also felt that the police and van manufacturers were being slow to react to the problem.

Rabbits Vehicle Hire in Reading was advised by its local Mercedes-Benz dealer to use a chain system, similar to a bike lock, to deter thieves.

The general advice from the industry is to keep the vehicles garaged or parked in a well-lit, camera-monitored area.

But GeoPost said the drilling has even occurred in broad daylight.