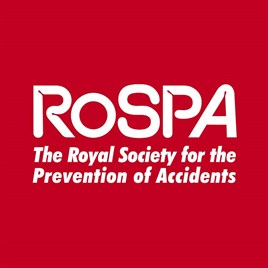 The Royal Society for the Prevention of Accidents (RoSPA) has unveiled a revamped Advanced Drivers and Riders website - complete with a new members' forum - to help reduce road accidents by encouraging an interest in road safety.

The RoSPA Advanced Drivers and Riders (RoADAR) website - www.roadar.org - focuses on driver and rider behaviour and is relevant to those at every stage, whether they are experienced or newly qualified.

It provides up-to-date information on safer driving and riding techniques and is easier to navigate than the original site. The improved site also benefits from a Twitter feed and access to RoSPA's latest press releases and RoADAR blog, as well as an online shop.

It also aims to increase awareness of how becoming a member of a local RoADAR group (of which there are more than 50 across the UK) and taking a RoSPA Advanced Test can help road users to stay safe and get more enjoyment from their driving and riding - whether it has been many years since they passed their original test or just a matter of months.

A new feature is the members' forum which is designed to boost interaction by providing an online space for discussion and the sharing of ideas. It also enables RoADAR members to keep in touch before, during and after the annual RoADAR Awards and members will also benefit from access to the relevant documents, information and group guidelines they may need.

Kevin Clinton, RoSPA's head of road safety, said: "Almost all road accidents can be prevented, often by taking just a bit more care of ourselves and the people around us.

“Very simple things, like not looking properly, loss of control, exceeding the speed limit or going too fast for the conditions or just being ‘careless, reckless or in a hurry', which is responsible for one in five road deaths, cause such a high proportion of the accidents, deaths and injuries on our roads. These are not just benign bad habits; they cause many thousands of accidents on our roads.

“But, they are habits that can be overcome. We encourage all drivers and riders to look beyond their learner tests and to take refresher training throughout their lives.

“By becoming a RoADAR member you are making an important step towards reducing road accidents, improving not only your driving standards, but your knowledge and skill in the process.

“Those who take RoADAR's advanced driving test are joining the ranks of some of the best drivers in the country - and because we are committed to maintaining the highest standards we require that you re-take the test every three years at no extra cost.”

Elizabeth Wragg, development officer for RoSPA Advanced Drivers and Riders, said: "We are pleased to re-launch the site, which has a more up-to-date look and feel. We are particularly excited about the new members' forum, which we hope will bring some interesting discussions and allow RoADAR groups to share ideas."