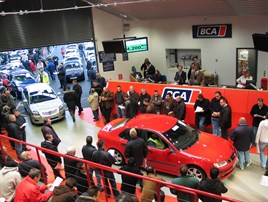 Across the board, values fell from £6,244 to £5,974, which is very much in line with seasonal pressures as March values have fallen compared to February every year since Pulse began reporting in 2005 (with the exception of 2009 when used values were accelerating rapidly from the price crash the previous year).

Overall sold volumes increased by over 14% compared to February, with lower value dealer part-exchange cars representing the majority of this increase. This change in mix towards lower value cars was largely responsible for the fall in the headline number.

BCA’s Communications Director Tony Gannon said: “Although the headline value fell, this was as a result of increased volumes in the lower-value part-exchange sector.

“However, as sold volumes increased quite sharply over the month - up 14% compared to February – it was noticeable that both conversion rates and values were falling weekly during March.

“Looking ahead, we expect volumes to rise in the short-term as seasonal de-fleets and part-exchange cars continue to filter through. At the end of March, BCA recorded a 23% uplift in inventory compared to mid-February and this must have an effect in a supply and demand marketplace, particularly with the Easter holidays imminent.”

Gannon added: “Structurally, the used car market will continue to be short of supply, but seasonal pressures will still apply. With the summer months ahead – typically quieter if previous years are to be believed – it is likely that the short-term pressure on conversions and values seen at the end of March will continue into the near future.

“As always, sellers must be sensitive to buyer expectations and the cyclical changes in the mix of supply and demand and make sure stock is sensibly valued to sell.”

Reflecting this structural shortage of supply, fleet & lease values increased by £81 (1.0%) to £7,795 - the highest point in nearly two years and one of the highest average values on record.