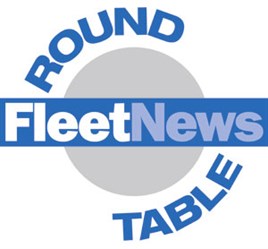 Effective vehicle utilisation, combating end-of-contract charges and the role the environment plays in selecting vehicles were all discussed by attendees at the Fleet News Awards finalists Round Table, sponsored by GreenRoad.

Fleet managers shared some of the innovative ways they have improved the way their vehicles are used across large geographical areas.

Richard Flint, head of transport at North Yorkshire Police, said: “The problem with managing police vehicles is if you identify a vehicle as underutilised in a particular area, how do you make it utilised?

“We worked with Tranman to help identify underutilisation and the system we have in place has also helped reduce high grey fleet use.

"We had an online training package showing staff how to use the booking system and a single point of contact helpdesk.

"We’ve also reduced the amount of long-term hire vehicles because pool cars can be cheaper than hire vehicles.”

She said: “Employees or guests can hire company cars that are available, and it helps subsidise the cost.

"It’s one of the ways we can improve the employees’ package and improve guest services, making our hotels places people would prefer to stay.”

Many fleets end up paying end-of-contract charges for damage repairs when lease vehicles are returned at the end of their terms.

Larry Bannon, national fleet services manager at NHS Blood & Transport, said it was frustrating when he believed the condition of his vehicles was good, but its leasing company disagreed.

“All our vehicles are leased,” he said. “We pride ourselves on how we look after our vehicles and we think we defleet them in better-than-average condition, although with mileage a little higher than average, but the vehicles were not treated in an arduous way and they don’t carry heavy loads.

“I went to the auction where the defleeted vehicles were being sold and the resale values they were achieving were higher than the CAP average value, and I suggested to our leasing company that it wasn’t really fair that we were being penalised with damage charges when our vans were getting such good prices.”

Bannon said he worked with the leasing company to develop a scheme where they would both share profits on higher than expected resale values.

“We get quarterly statements showing how the vehicles performed and no end-of-contract charges.”

Nash added that most of the end-of-contract charges incurred by Intercontinental Hotel Group were a result of damage in the hotel car parks, while other delegates explained how they have learned to avoid punitive charges after vehicles are returned to contract hire companies.

Geoff Wright, head of corporate services at AAH Pharmaceuticals, said: “We have a review to assess the condition of vehicles before they are returned and decide whether any work needs carrying out before they go back. We make it easier for leasing companies because we have this process in place.

“But how on earth can a leasing company predict what a new vehicle will be worth when it’s defleeted years down the line?”

Tracey Scarr, fleet and road safety manager at Arval, asked attendees if any action was taken against staff responsible for damaging vehicles.

Some attendees described processes where a routine assessment was in place while others offered incentives for the best performing drivers.