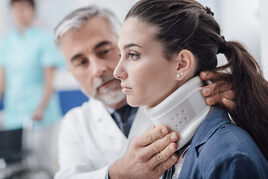 Fleets have described the impact of whiplash injury claims on insurance premiums as “massive” and called on the Government to do more after ministers, consumer groups and insurers held a summit in London.

Jo Hammonds, fleet manager at Mears Group, said: “The impact the compensation culture is having on fleet premiums is massive as the vast majority of insurance costs are associated with injury.

“But solicitors’ costs are also having a significant impact, with the claimant only seeing a proportion of the benefit.”

Leigh Stiff, fleet manager at Hannaford said: “Whiplash claims are a drain on the insurance industry. What people don’t appreciate is that we’re all paying for it. The rubber stamp, next-in-line method of dealing with this has to stop.”

The Government says it has already taken decisive action by banning referral fees in third-party claims cases and reforming the no-win no-fee rules.

But Hammonds told Fleet News that “while it’s a start, we have yet to see any of these benefits as year-on-year we are seeing more claims we are having to defend”.

Geoff Wright, head of corporate services at AAH Pharmaceuticals, added: “The no-win no-fee brigade is still active and it needs driving out.

“We need people to understand there will not be the thousands of pounds in payouts that people today see as a given.”

The Government says the summit, which was held in Whitehall last week, is an example of how it wants to continue to work closely with the insurance industry and consumer groups to tackle the compensation culture and find more ways of bringing down the cost of insurance premiums.

Transport secretary Justine Greening, who chaired the meeting, said: “There is no one silver bullet to tackling fraudulent whiplash claims or reducing young driver premiums, but we have already taken decisive action by banning referral fees, reforming no-win no-fee rules and cracking down on fraud.

“This latest summit shows we continue to work closely with the insurance industry and consumer groups to tackle the compensation culture and find more ways of bringing down the cost of insurance premiums.”

The action is likely to include independent panels of doctors to tackle “questionable” medical evidence.

The medical experts, who would have no direct links to either claimants or defendants, would replace the current assessment of whiplash injuries by either GPs or doctors employed by medical reporting organisations.

Stiff said: “There needs to be a standard assessment for whiplash injuries. At the moment, drivers manipulating the system are coming out with trigger words and phrases to ensure they financially gain.

“In short, the system needs to benefit those who are genuinely injured for pain and suffering. Quick money needs to be removed as an option.”

However, a stumbling block is that whiplash is hard to disprove.

Speaking at a recent international whiplash conference in Bristol, James Dalton, ABI’s head of motor and liability, said: “For too many, whiplash claims have become the fraud of choice, often aided and abetted by ambulance-chasing lawyers and claims management firms.

“The crackdown on our whiplash epidemic has started with the Government’s reform of civil litigation which will reduce the scope for ‘have a go’ claims. But we also need to consider radical action if we are to get a grip on whiplash.”